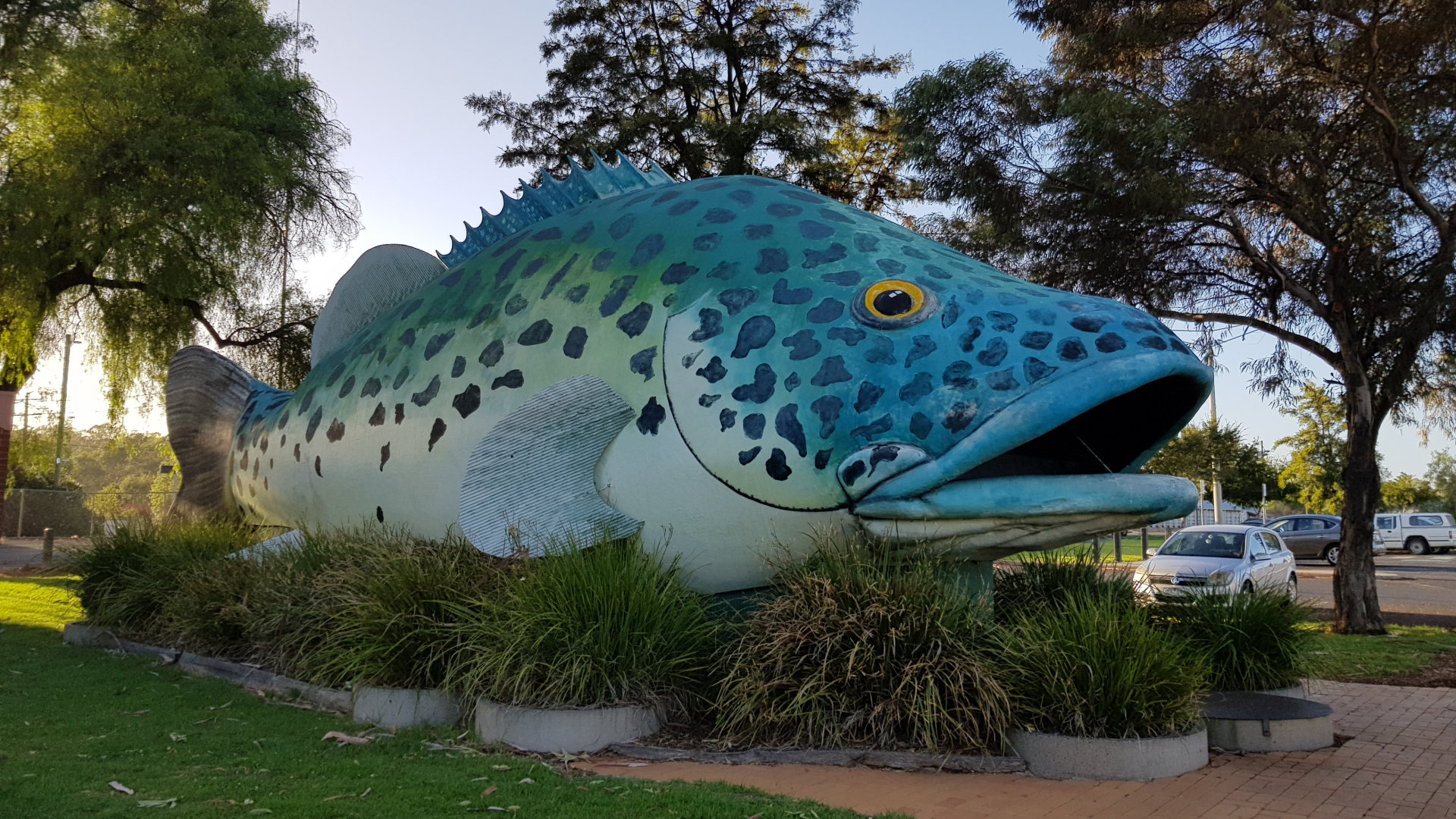 The Giant Murray Cod is at Swan Hill, a monument to the large cod fish that have been caught in the Murray River. The monument is 15 metres long, 5 metres high, and 3 metres wide.

It was originally built in 1991 as a prop in 1992 for the movie Eight Ball, a movie about an Australian designer making friends with an ex-convict working on his tourist project. Yep, a big fish.

It was donated to Swan Hill, a fibreglass surround was made for the steel skeleton and erected in its current location near the train station in Swan Hill.

Catches of the Murray Cod of 81kg (180lb) were not uncommon. They grow up to 1.8 metres long and up to 113.5kg. Catches of this size are not as common today and are not as plentiful as they were in pioneering days, but a large example is still landed at Swan Hill on occasions.

The Giant Murray Cod is set on a small park, with a picnic table and a BBQ to have a picnic lunch.

If coming into Swan Hill from Lake Boga along the Murray Valley Hwy, continue for 1.1km after passing the Welcome to Swan Hill sign, and veer right turn right at the lights into Curlewis St. Follow Curlewis St for 600m, and the Giant Murray Cod will be on the right.

If coming into Swan Hill from the North along the Murray Valley Hwy, on approach of the large roundabout, take the first exit veering to the left. After 1.4km, continue straight through the next roundabout and the Giant Murray Cod will be 350m on the left.