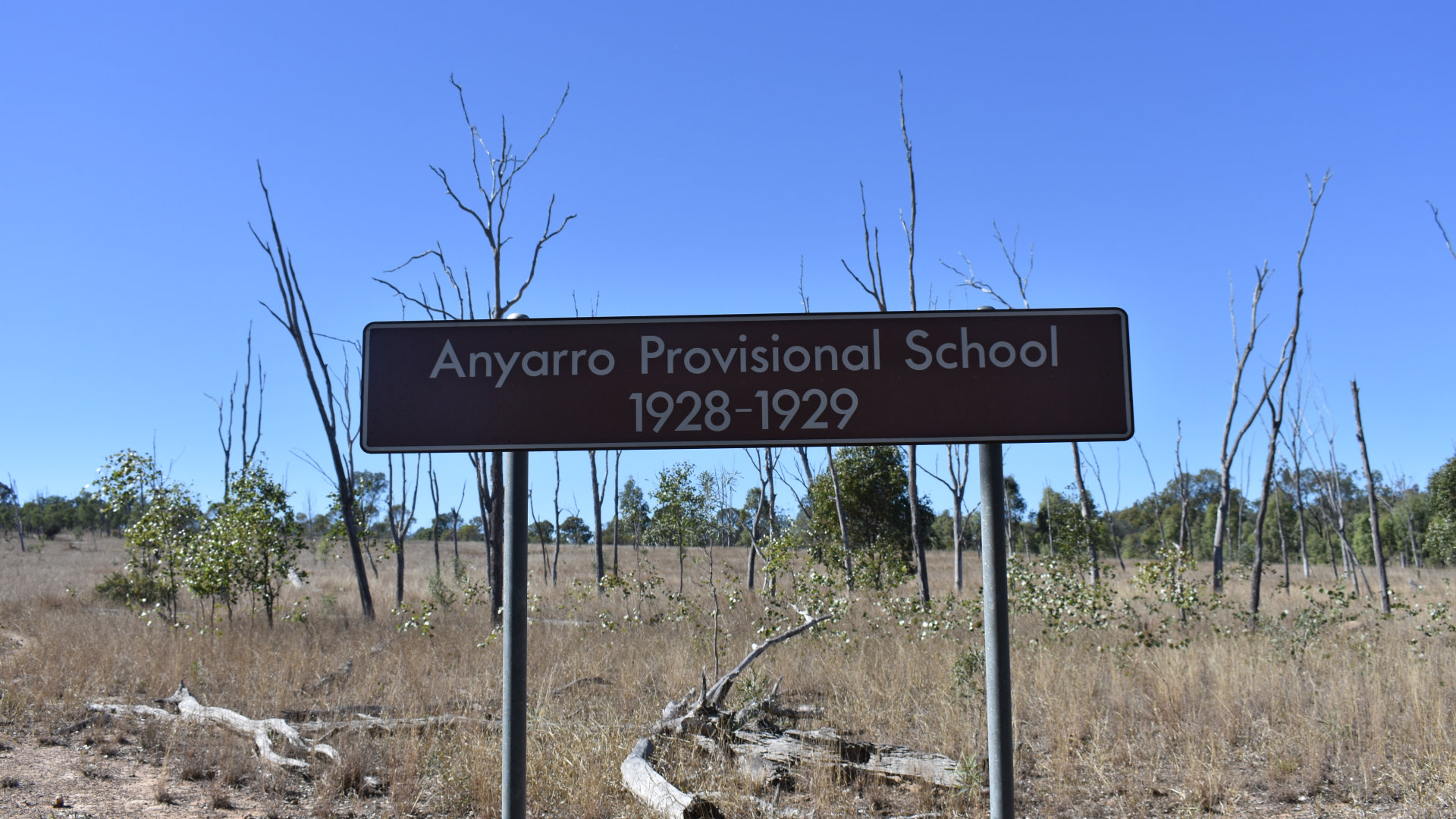 Anyarro Provisional School 1928-1929 is a brown sign in a paddock located at a place that appears to be nowhere in particular.

, Anyarro Provisional School makes the historical location for a school that has little left to mark its existence. 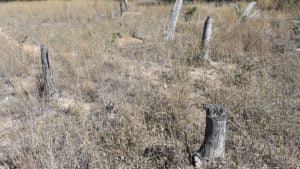 There are a few stumps that look like they may have been part of the foundation at some point. These are weathered and will eventually disappear leaving nothing but the brown sign.

Provisional schools started in the 1960s, defined as ‘..temporary provision is made for the primary instruction of children and not being a State school’. Provisional schools were established where the average attendance was too small for a state school and the building could be provided at the expense of the locals.

A provisional teacher was often not classified as a teacher and received a lower salary. They were often someone with barely adequate education themselves or an educated woman forced to provide for herself.

An article in The Daily Mail newspaper from 20th September 1926

A provisional school has been approved for Anyarro on condition that the building and two closets be erected without cost to the department. When advice has been received from the committee that the building is nearing completion the department will supply the furniture and other requisites, also provide the teacher. The matter of iron for the roof, timber for floor, and a tank has been referred to the Works Department for favourable consideration.

Where Anyarro Provisional School is there are two roads running in parallel with a mound in the middle. The mound is where the railway used to run through that heads to Monto.

The article above continues to mention of the railway laid to within about six miles of Mulgeldie (the spelling was different changing to Mulgildie in 1945), which would have been about 4 miles passed Anyarro Siding. There isn’t much to look at anymore and the Anyarro Siding building has been moved to a property on the outskirts of Monto.

We found out about the railway after we had been here, only finding the brown sign after missing a turn to head back to the Burnett Hwy after visiting the Bunyip Hole

. You may be able to find some artefacts still laying around if you have a look around. We didn’t notice anything but we weren’t looking for any either.

From Mulgildie via Bunyip Hole, turn into Hughes St at the Bunyip Statue and the brown sign to Bunyip Hole. Follow Hughes St for 1.8km and turn left into Abercorn Rd, also with a brown sign. Continue on Abercorn Rd for 11km and turn left into Anyarro Rd. Follow Anyarro Rd for 4.3km, passing the Bunyip Hole on the left, and the road bends to the right and an old railway mound will be on your left. Continue for another 800m where the road horseshoe bends to the left to turn around 180 degrees and head back in the other direction. The brown sign at the old school location is in the field on the right immediately after the bend.

From Mulgildie via Kapaldo and drive along the old railway line, head south out of Mulgildie on the Burnett Hwy for 750m and turn right into Kapaldo Rd. Follow Kapaldo Rd for 8.2km, then bend towards the left, crossing the railway easement in 600m, the location of where Kapaldo station used to be. Turn right onto Anyarro Rd, following along the railway line easement for 4.3km. The brown sign at the old school location is in the field on the left immediately before a bend to the right to cross over the railway easement.