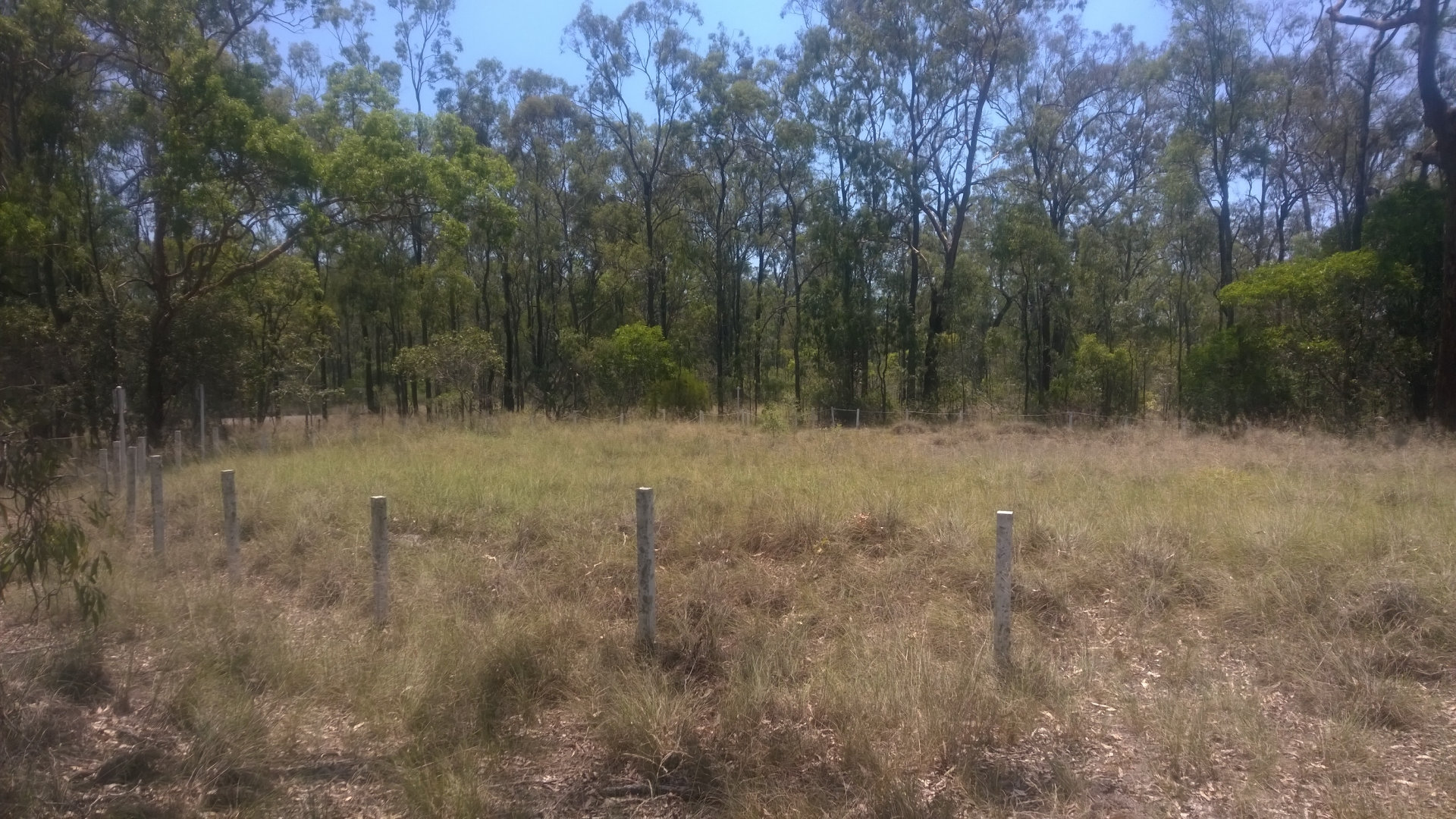 A bora ring is a circle or oval shape with a raised embankment. Bora grounds typically have two rings, one small and one large, but some have three rings. The rings are connected by a pathway, where a male would be led from the larger ring to the smaller ring to transition from boyhood to manhood.

The Coolabunia Bora Ring (or Booie Bora Ring) is the larger ring, being about 22 metres in diameter.

The ring was roped off and had signs providing information, but they are in extremely poor condition. Many of posts to fence it off are still there, but much of the rope is gone, and most of the words are not legible on the signs. Using photo editing software I was able to work out most of the text on one of the signs. It may not be 100% accurate, but it was close to the following:

BORA GROUNDS
Bora grounds were the stage for one of the most important ceremonies of aboriginal culture. It was here that young men were initiated into the tribal laws and customs which formed their way of life, the country in which they lived, and the laws that were imposed upon the men and women. For their continuing survival in this environment both girls and boys had to pass through an initiation ceremony but the most exacting and important was the bora ceremony for the young men of the tribe.

A boys childhood was carefree and happy but once he had passed through the bora he had accepted the responsibility of manhood. The initiation ceremonies varied from tribe to tribe and few details are known. However we do know that pulling out of teeth, circumcision and scarring of parts of the body were of the tests that had to be passed by young men. These relics are all that remain of this important aboriginal culture and your co-operation is required to preserve them for posterity.

I started to have a look for the smaller ring but as I’d likely have to access private property I didn’t continue looking.

From the D’Aguilar Hwy at Coolabunia (between Kingaroy and Nanango), turn into Coolabunia Rd. Follow Coolabunia Rd for 3.3km and turn right into Reagon Rd. The bora ring is less than 100m on the left.

Wheelchair accessible: No, not specifically, but it is close to the gravel road, depending on ability wheelchairs should be able to get there, possibly with assistance