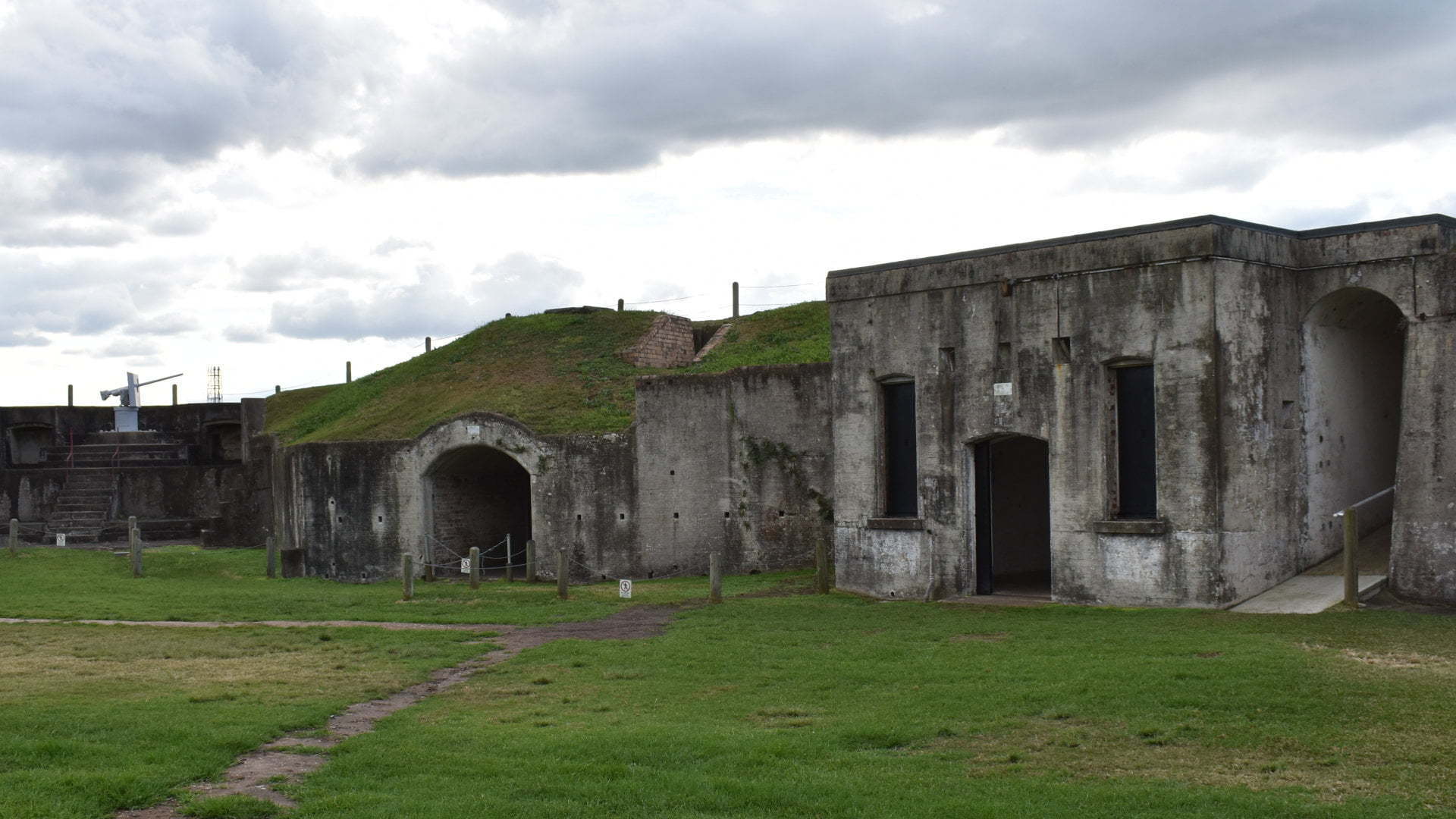 Usually, when going to a national park, the arrival is at a campground or parking near the start of walking trails that take you through the natural environments we have access to. Fort Lytton National Park is different to most national parks, the historical military establishment the main feature of the park.

On the southern bank at the end of the Brisbane River at Lytton is the important historic site, Fort Lytton National Park. Fort Lytton was built in 1881 and used for the defence of Brisbane until after the end of World War II. 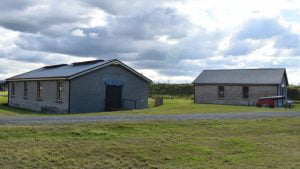 Lytton also operated as a Quarantine Station to isolate infections to enter Brisbane, including people, animals, and food. Many of the buildings are still on site, including the reception house, disinfection block, and doctors’ quarters. Islands in Moreton Bay were also used for quarantine, such as Peel Island, St Helena Island, and Stradbroke Island.

In the 1960s the land was obtained by Caltex (then Ampol). The historical site was maintained by Ampol and transferred to the Queensland Government in 1988 for the Bicentennial, and taken over by Queensland Parks and Wildlife Service.

Turn to the left takes you by the reception house towards the river where the quarantine jetty is. On the way, there are some picnic tables with a shelter over them. 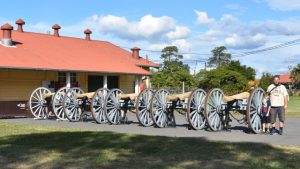 Head in the other direction to the laundry block and the dining hall. The laundry block is used as the visitor information centre and canteen. Free guided tours leave from the canteen on Sundays.

Heading left from the shed leads to the Fort Lytton Museum, housed in one of the historical buildings. Two buildings remain with foundations of other structures near them. Tramway tracks used from the early days remain in some of the foundations remains.

Beyond the foundation remains is a mine detonator store, and submarine mines sitting on a tramway cart. 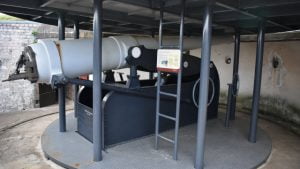 The fort is surrounded by a wet ditch before an earth mound embankment. The ditch protected the fort from land-based attacks with a number of rope suspension bridges crossing the ditch that could be withdrawn during an attack.

Crossing the ditch leads to the fort gates within a concrete-lined cutting in the embankment into the parade grounds of the fort. Some of the structures in the fort were updated with changing needs but mostly retain their original colonial design. 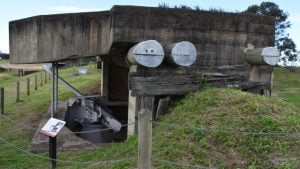 The fort was initially equipped with two 64 pounder guns and two 80 pounder guns. In the 1880s, the 80 pounder muzzle loading guns were replaced with two larger 100 pounder breech-loading 6-inch disappearing guns, able to penetrate up to 12-inch steel plate.

The housing for the second 6-inch gun exists, but the second gun is not there. The two gun pits are linked by a tunnel running between them.

A 6 pounder Hotchkiss gun was added in the 1890s and during World War II a 4.7-inch naval gun salvaged from a World War I navel vessel was installed. The timber gun pit still has camouflage paint from World War II on the rear walls.

Generally, Lytton Fort is open only on Sundays from 10am to 4pm, with free guided tours and free re-enactments. The museum and canteen are also open on these days. Access to some of the buildings is only during the guided tours so they are worth going on.

Public holidays are the same as Sundays, excluding Christmas to New Year period and Good Friday.

School holidays often have additional activities for children to engage in learning through drama and fun. These programs have a low cost to participate and supervising adults get to tag along for free.

Fort Lytton at Night is a theatrical event in the evening, led around the fort by lanterns. The night events are guided and require bookings with purchase of tickets.

The Queensland Parks and Wildlife staff work at the national park from Monday to Friday and visitors are welcome to go to Fort Lytton National Park to walk around the grounds. Access to most of the buildings is not possible without the guided tour and the museum is closed, however, it is still an interesting destination to explore and learn about the early defences for Brisbane.

From the Gateway Motorway, take the exit for Port of Brisbane (Exit 102, before the gateway bridge heading north, or after the gateway bridge heading south). Follow the Port of Brisbane Motorway for 5.1km and take the exit for Lytton. 600m from the start of the exit, cross at the lights straight ahead into Lytton Rd with the Fort Lytton National Park brown sign. After 500m, turn left to continue on Lytton Rd and follow for another 400m to the entrance of Fort Lytton National Park.

Cost: Free, some events have costs