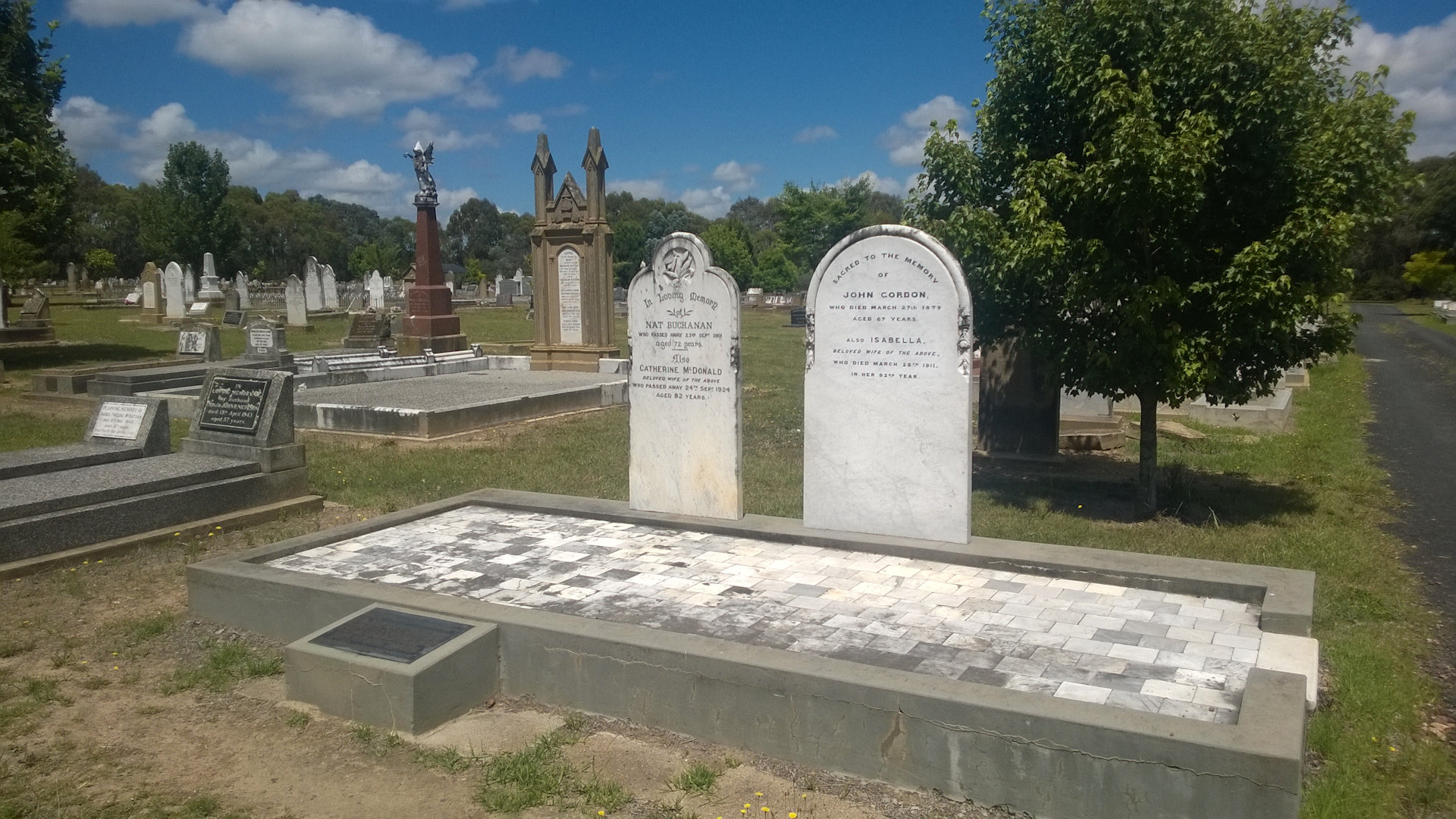 Nat Buchanan’s Grave is in the general cemetery at Walcha in New South Wales. Nat (Nathaniel) was a pastoralist, explorer, and pioneer in Australia with many feats from the 1860s through to the 1890s. A plaque next to his grave credits him with the following accomplishments:

Nat was aged 70 years when he traversed from Tennant Creek to Sturt Creek. In 1859 he explored new country on the tributaries of the Fitzroy River in Queensland, with William Landsborough whom he managed Bowen Downs Station with. Earlier he was part owner of Bald Blair Station, went to the California Gold Rush, and many years of experience as a drover in Australia.

Without modern equipment and vehicles to get him there, Nat Buchanan saw more of Australia than many of us will ever. For the amazing achievements he accomplished, the simple grave site in a small town (a population less than 2000) seems humble. Had I not wanted to drive Thunderbolt’s Way, I wouldn’t have known he was there.

There isn’t a lot there for Nat Buchanans Grave to be a location for a break, however, there is a picnic table with a basic shelter so it can be used for a break if you are stopping here anyway.