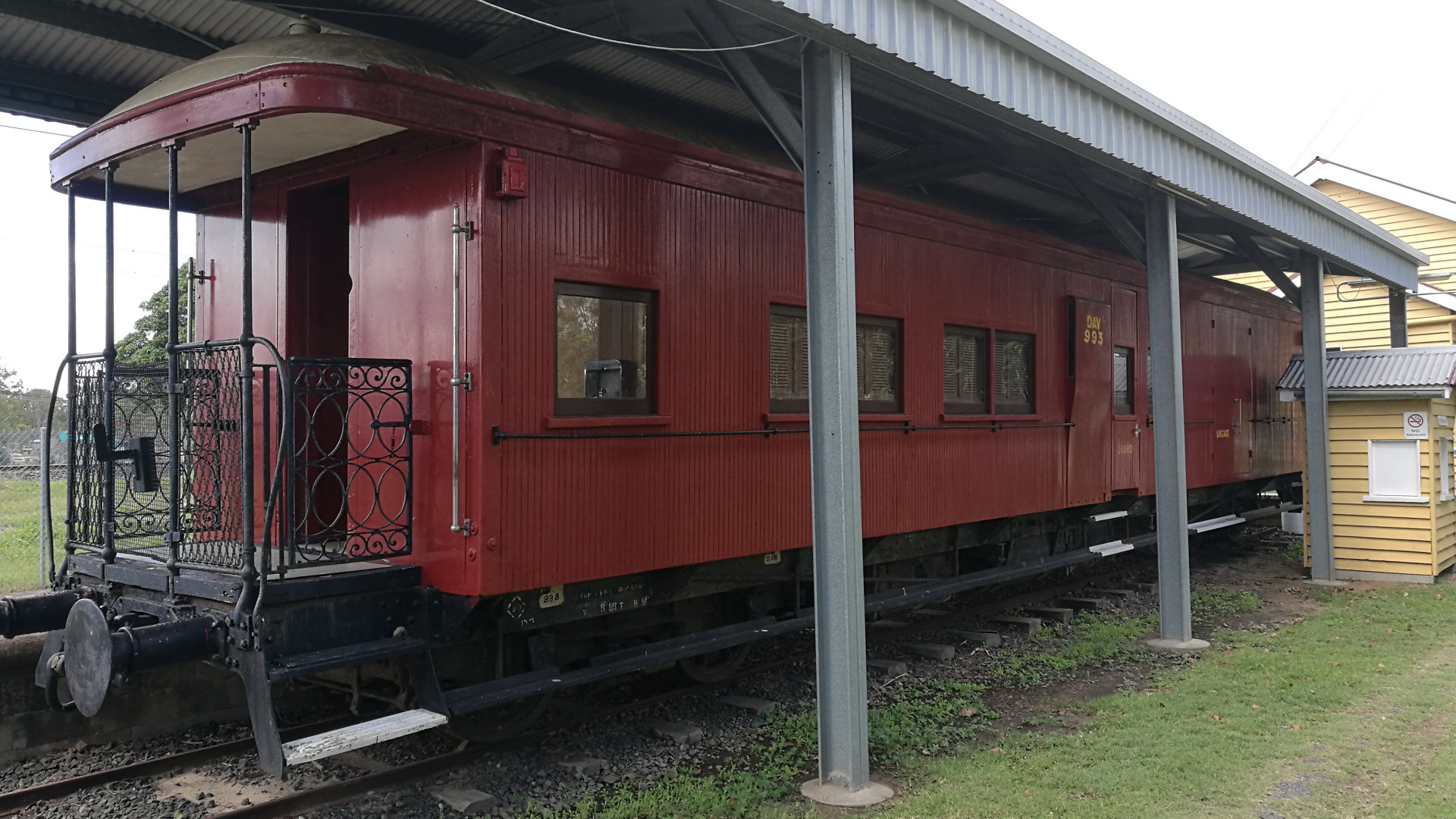 . The rail passes by now, heading north towards and the new station moved to the south side to be nearer the main part of town.

The experience starts when you purchase your ticket, reminiscent of the small thick card tickets we used to get with the date embossed into the card. And the ticket is punched like it used to be, with the date of attending the museum embossed into the card. You are given the option to take yourself around, or for one of the staff to take you. It may depend on how many people are visiting on the day, but I pretty much had the place to myself, so I took the option to be shown around. The information provided along the way was amazing, so much history and information that you would look at things and not know what they are, like the hobo stick.

There are no locomotives but there are a few types of carriages. The guard’s carriage, originally a sleeper car, contains memorabilia, including uniforms going back to a coat with buttons pressed with the king’s crown. The ornate ceiling of the car reminds me of my grandmother’s decorative plaster ceilings in her house (I think built in the 1920s). There are two guard cash boxes, one is cut in half so you can see the mechanism at work, to prevent a hand reaching in to grab cash deposited into it. 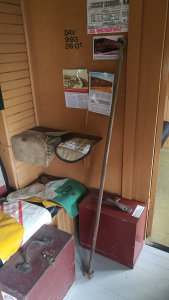 This is where I found out what a hobo stick was. It was because of the problems of hobos, homeless people wandering the country looking for jobs would try hitching a ride in a cargo carriage. The carriages were changed so a bolt at the top of the door will drop when the door is closed, allowing the door to be opened only a little way. At this point, I was expecting the hobo stick was used to prod the hobo away from the carriage. The stick is used to reach the bolt through the narrow opening to release the door to open the rest of the way.

Other carriages in the collection illustrate how much towns depended on supplies to be delivered by train. A water car brought water to town’s water tank, a car for milk with ventilation designed to keep the milk cool, and a butter car insulated with cow hair to keep it cool without needing blocks of ice. A similar carriage can be found in Queensland Dairy Museum

in Murgon, except it is insulated with charcoal and tin.

A bicycle hangs in one of the rooms. This was used by a person to ride quickly ahead of the train to alert the station the train is on its way. I would hope to have the downhill shift. 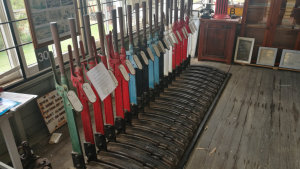 In the signal box, there are phones, and morse code devices, something I bet the guy on the bike wished they used. Along one side is dominated with a row of levers used to change line junctions – and one of them works too. Apparently the kids like moving the lever and seeing the signals move outside. I’d believe they would, I liked it too.

There are so many things to look at, it is amazing how many random things this museum has that you wouldn’t expect to see, such as a small wood fired cast iron heater used for the colder months. And a jack that also screws sideways, used for minor derailments so that once it has lifted the wheels of a train, it can shift it back over to the rail. Dinnerware sets, some with the king’s crown on them, others with the queen’s crown. Locomotive number plates. And many other things for you to discover.