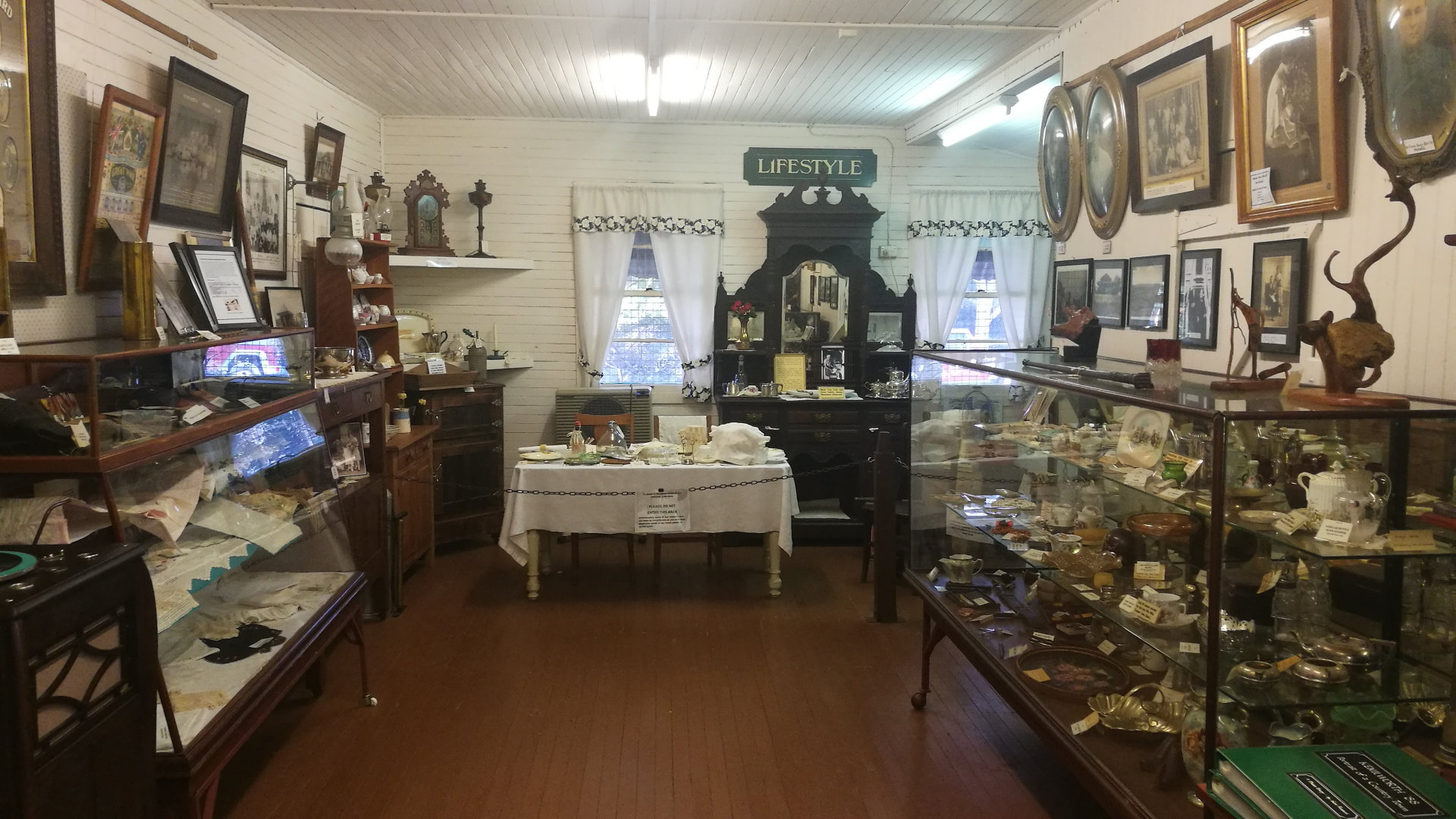 Kenilworth Historical Museum is a volunteer-run museum capturing the history and heritage of the Kenilworth area. We were immediately greeted an brought in to The Roxy Cinema, and shown a film made by Ed Sims, the uncle of the volunteer taking us through, and giving us some background history before being given a personal tour through the museum. 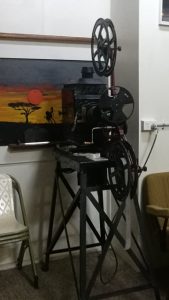 The theatre contains an early film projector, operated by hand the projectionist had to wind it by a handle for the duration of the film. Winding the film through the bright and hot lamp is tiring, but with the highly flammable film in those days you didn’t want to stop for your own safety, not just for preventing damage to the film.

From the theatre, we were led through to an area that had a large display of articles from papers of local marriages going back a hundred years or more. Alongside it is a collection of various dairy items. A rim from a cream can show how they used to have a flat side on the cream cans in Kenilworth. This was because the area was fairly remote and didn’t have bridges across waterways, so milk was carted by horse with a flat sided pail so it didn’t move around too much strapped to the side of the horse. 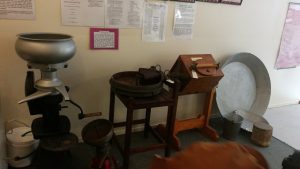 A butter churn and butter worker from the 1890s, used in the locality now known as Gheerulla, and made from beech timber that didn’t taint the taste of the butter. Early cream skimmers are basically shallow dishes with cream skimmed off the top. This method left 30-40% of the cream in the milk and took several hours of waiting for the cream to rise to the top of the milk. Mechanical separator invented in Sweden left only a trace of cream in milk and is done very quickly. 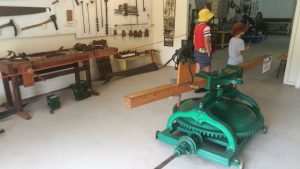 A horse-powered machinery display let the boys pretend they were the horses, providing the power by pushing the sweep which rotates a shaft to a wheel. From the wheel, a belt attaches to a machine to be operated. I was hoping it would tire them out but the volunteer didn’t keep them labouring long enough.

The boys were quizzed if they knew what certain things were and was impressed they recognised a honey separator. They must have been listening at the bee stand at Redcliffe Show a couple of years back. 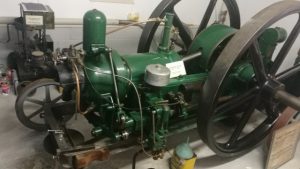 Moving to the next section, more mechanical displays are shown. There are a couple of stationary engines, a 1927 Ruston Diesel Engine producing 16hp, restored by Ed Sims, and a 1911 Hornsby petrol engine producing 3hp.

We then came out of the building and around to another part of the museum with more domestic displays. A lot of things have been donated by various families in the area from their homes, including kitchenware, photographs, and furniture. An old cast wood-fired stove sits with lots of cast and enable pots and pans, and cast iron irons on the stovetops. 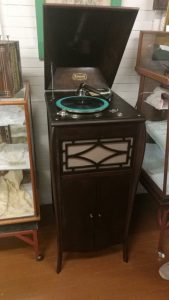 The volunteer cranked up the Salonola record player and played the record. These days kids rarely see record players, and I’m sure they boys associate hand cranking them are needed for playing records.

Kenilworth Historical Museum is not as large as some museums and is not as slick as more commercially run museums, but it has a friendly and personal feel. The volunteer who took us through is enthusiastic and connected with the history on display.

After the museum, we went to Kenilworth Bakery for some lunch. At the museum, we learnt it was the first shop in Kenilworth, originally a general store. We were able to appreciate the history more after going to the museum.

From Mapleton, head west from on Obi Obi Rd to the end, 19.8km from the start of Obi Obi Rd in Mapleton. Turn left into Eumundi Kenilworth Rd and follow for 1km. The road turns to the left at Kenilworth as Elizabeth St. Continue along Elizabeth St for 550m, and turn right into Philip St. Follow Philip St to the end, and it will turn to the right into Alexandra St. The Historical Museum is at the end of the bitumen of Alexandra St in 100m.

Wheelchair accessible: Yes, some parts in the museum may not be accessible using normal pathways, but all areas can be reached with alternate paths