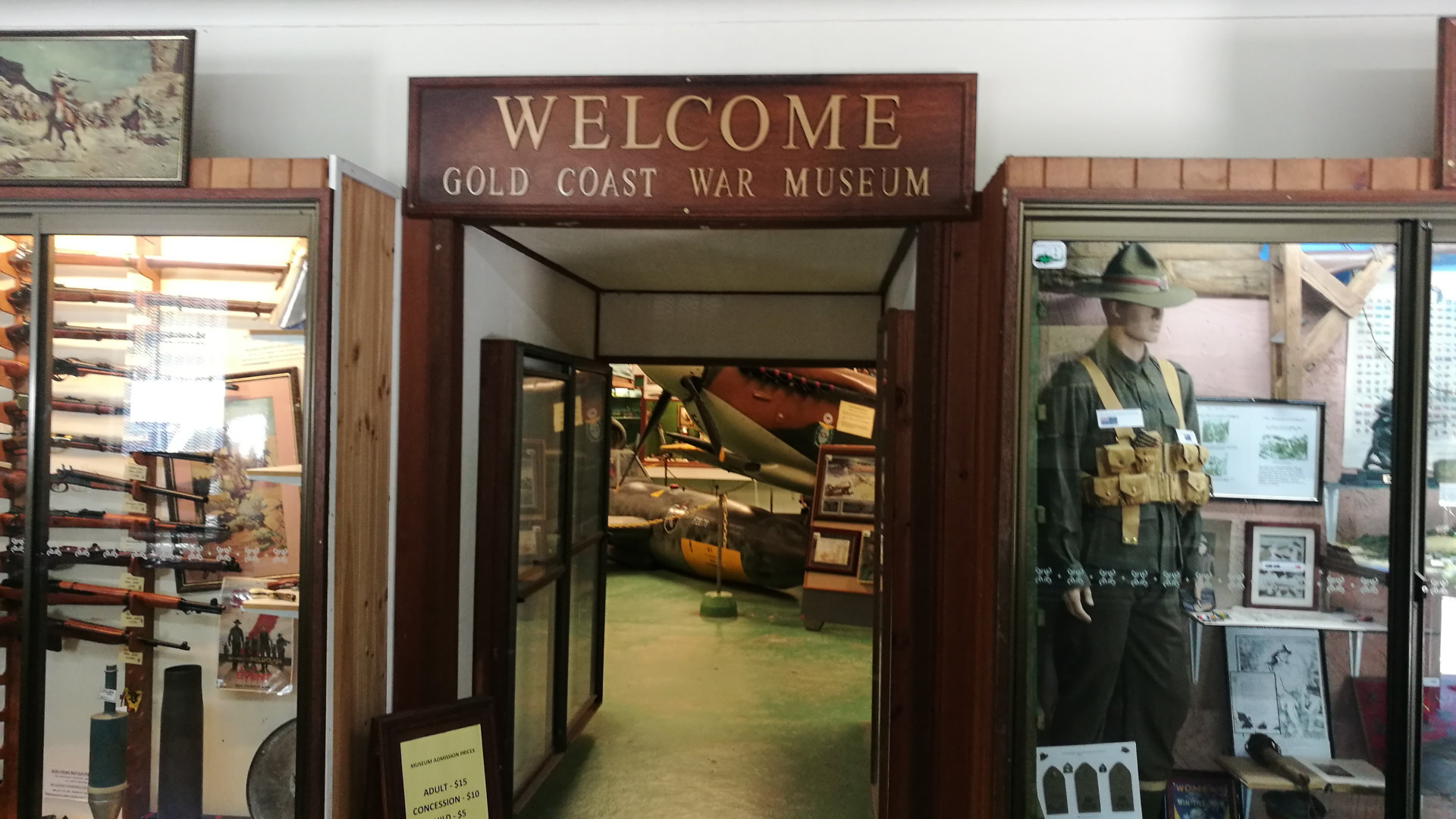 The Gold Coast War Museum is at Mudgeeraba, on the road out towards Springbrook. The museum has a large collection of military equipment and artefacts, ranging from small items of memorabilia through to aircraft and tanks.

Entering the main part of the museum the Spitfire Mk 8 R.A.F. Mk 8’s built for overseas use, and the Royal Australian Air Force received many during WW2. 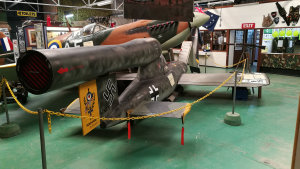 The walls are filled with various displays. Beside the Spitfire is a display depicting typical trench warfare in World War 1. Another has artefacts and information from the Kokoda Track and another from Gallipoli. The back wall has a series of displays of themed artefacts, including Imperial Japan, Nazi Germany, Italy, early naval, and jungle warfare. 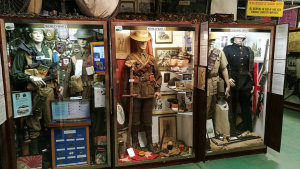 From the main section of the museum, you progress through to the hanger where there is more big stuff. After first passing a torpedo sitting on the ground between picnic tables, the American Huey is the first that comes into view.

Beside the huey is a P51 Mustang, an American built plane. Royal Air Force requested North American Air to make P40s, instead, they proposed and built the P51 as a more modern design. The Mustang was added to the Royal Australian Air Force in late 1944, and the last retired in 1960.

Next to the P51 is an early Jeep with a full canvas covering and behind it a heavily armoured PPDC vehicle. I had to look up what the PPDC was – Pan-Pacific Defence Corps. It is a prop for Pacific Rim Uprising movie released in Australia on 22nd March 2018 (it was due to be released the following week from when I was at the museum).

Further around are a couple of tanks. The older tank is a German 38T, a light tank originally built by Czechoslovakia. The Germans adopted it after taking over Czechoslovakia, being a superior tank to Germany’s Panzer I and Panzer II tanks, and were very reliable.

The FV101 Scorpion tank is British, introduced in 1973, and exported to several countries. Some are still in use today.

Some of the displays seem to be a bit scattered and would be better placed together with other related pieces, but I realised this is sometimes due to external private displays on loan and in addition to the museum’s own collection.

The Gold Coast War Museum also operates paintball skirmish. The skirmish fields contain a real helicopter and a couple of tanks amongst the various obstacles. Playing a game of skirmish at a war museum sets the theme nicely.

I didn’t play skirmish and didn’t think to ask, but you need to walk through the museum to access the skirmish area, so playing skirmish should give you access to the museum as well. There are picnic tables you can use for some party food after a skirmish game, which would give you more time to have a look around. There are no BBQs or food generally, so you need to bring your own, or have pizza delivered.

From the M1 motorway, take the exit to Mudgeeraba (exit 79), and follow the sign to Mudgeeraba along Mudgeeraba Rd. At the roundabout turn left onto Railway St following the brown sign towards Springbrook. Follow for 900m and turn right onto The Link Way. After 400m, veer left at the roundabout onto Gold Coast Springbrook Rd. Continue 4.2km along Gold Coast Springbrook Rd, and turn left into John Rogers Rd with the brown sign for War Museum. The War Museum is around 300m on the right.

Wheelchair accessible: No, assistance will be required. Space is narrow in some sections, and the hanger is a gravel floor. The ground is fairly flat though