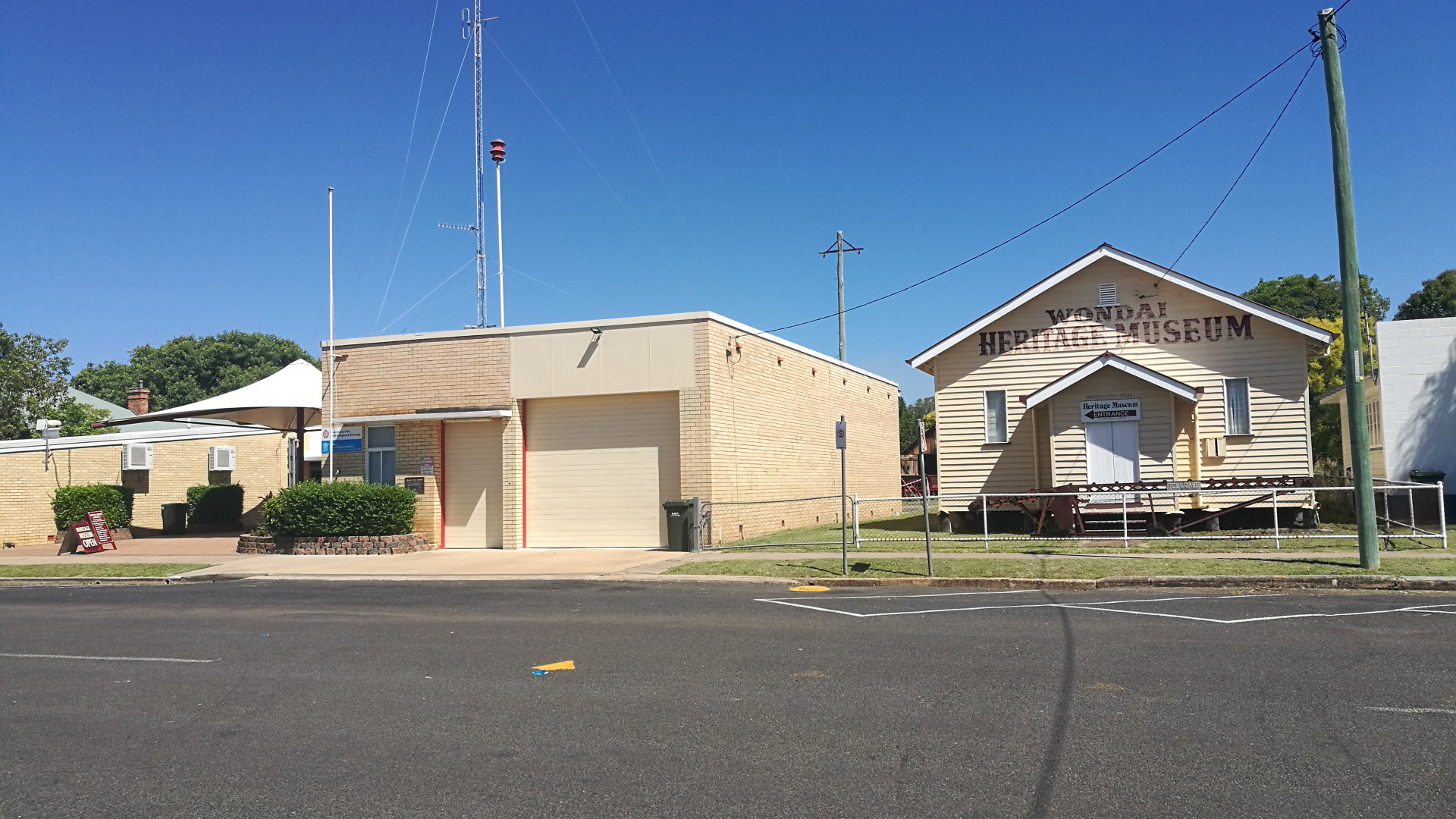 The Wondai Heritage Museum has a variety of heritage collections, with seven sections. The main part contains memorabilia from the military and wartime, including a bugle captured by a local resident, Jim Houston, which he played at the surrender of Japanese at Morati.

In a cabinet was an interim certificate of service for Allan Marcus Huston. I had just left the Allan “Snow” Huston Memorial Park, so this stood out to me. I asked the volunteer and he found out the park was named after a long-standing council member but didn’t know if this document was related to the same person.

in Murgon), not long after seeing my grandfather’s helmet at his 90th. They seem to be popping up everywhere!

The Wondai telephone exchange still has handwritten notes taped to it, like having sticky notes on the side of your monitor.

The next section is the original Wondai Hospital operating theatre, scrub room, and maternity bay from 1915. It has been furnished with equipment from the period it was used, including many examples of “implements of torture”. 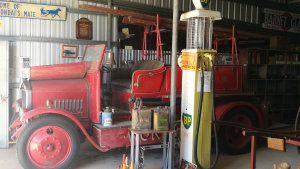 From the hospital rooms, you head outside with agricultural equipment, including a red steam traction engine that dominates the outside area. Sheds with various machinery, an old fire engine, and a peanut thrasher. A slab barn from the 1930s is filled with tools and implements.

A cream shed from Tingoora Railway contains items relating to dairy. Dairy is no longer an industry in the area but used to be one of the primary industries. Old milk bottles (does anyone remember them being delivered to the doorstep?), and various dairy-related items.

The last section is called the Odd-Fellows Hall. It is a lodge hall from 1932, sitting on its original site. Major trades were able to form syndicates or guilds, but smaller “odd” trades formed together as a larger Odd Fellows. The hall is separated into themed sections. Schoolroom, grocer’s, barber, laundry, kitchen, and bedroom. There is also some cinematic film projectors.

If coming from Murgon, when entering Wondai the Hwy comes to a roundabout in the town. Go straight through into Scott St, then turn right into MacKenzie St. Wondai Heritage Museum is on the left.

If coming from Tingoora, turn right at the roundabout into Scott St, then turn right into MacKenzie St. Wondai Heritage Museum is on the left.