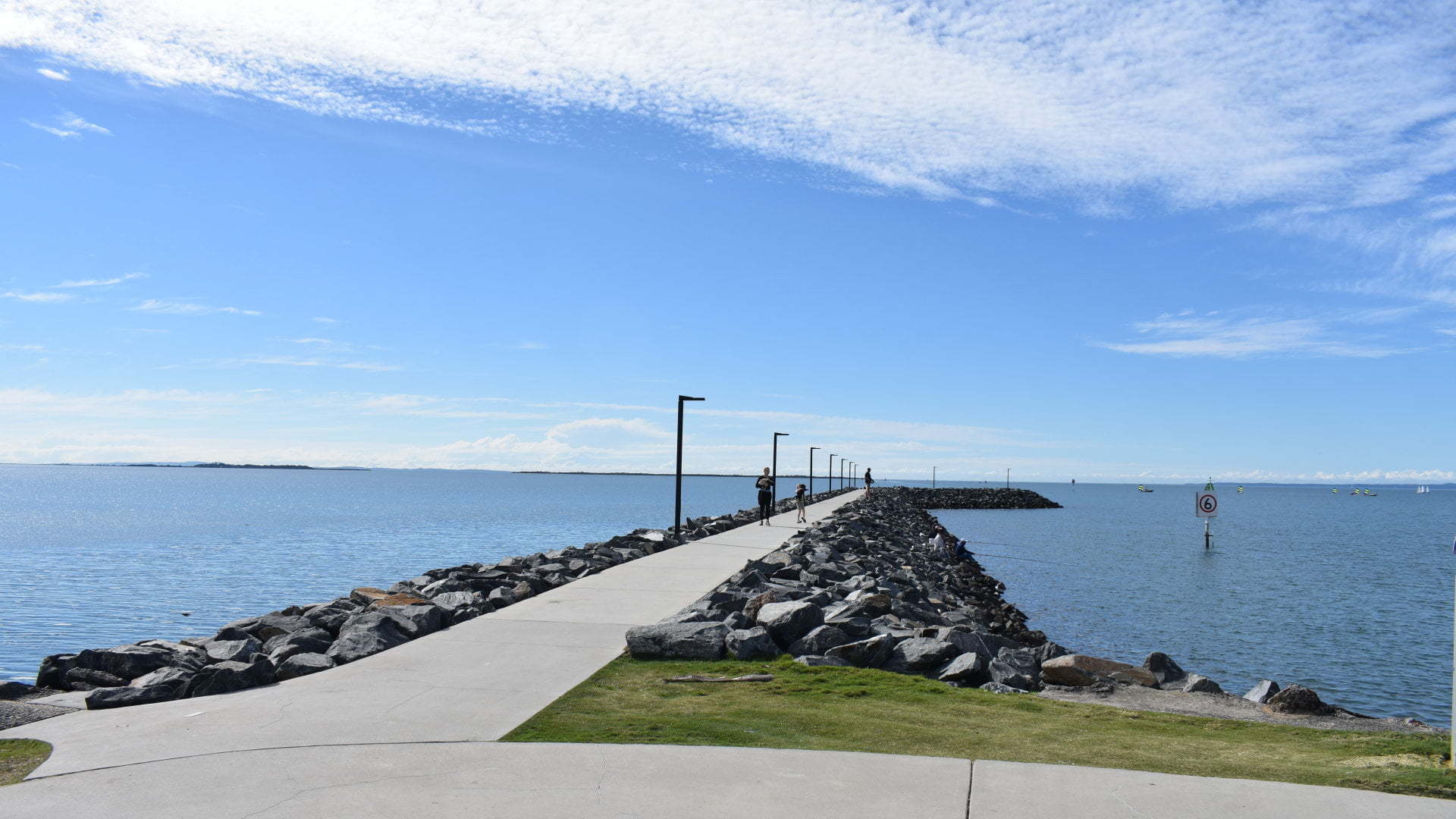 Manly at the eastern end of Brisbane on the southern side of the river was once a popular tourist destination in the late 1800s and early 1900s. With the increase of car ownership making longer distances more accessible, Manly lost its popularity as a holiday resort.

established in the 1920s and built its clubhouse in the 1950s and moved on to Norfolk Point, a man-made reclaimed point forming Manly Boat Harbour.

Norfolk Point forms the northern edge of Manly Boat Harbour and extends out as a rock wall for the mouth of the harbour. A path leads to the end of the wall providing fishing spots off the rocks on either side of the wall.

You can drive to the end of the point with parking spots all the way to the end. 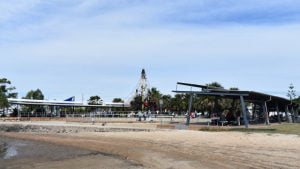 At the entry of the point, there is a large park area that is great for a gathering with family and friends. There are covered areas with picnic tables and BBQs with a climbing spiderweb playground in between. Another playground has swings for those less drawn to climbing.

A large toilet block is nearby with flushing toilets and lots of open grass space to run around or set up your own picnic space.

For those who don’t want to bring lunch or cook something on the BBQ, there are a cafe and seafood shop across the road, among others.

From the Gateway Mwy, take the Wynnum Rd exit (Exit 100) and turn (right if heading north or left if heading south) to head to Wynnum. After 1.1km, continue straight ahead onto Manly Rd and follow for another 3.8km and turn left to continue on Manly Rd. After 2.5km, turn right at the roundabout on to Earnest St, then after 350m turn left into Mountjoy Tce towards Manly Boat Harbour. Follow the road as it bends to the right then to the left then the right again, changing names several times until it becomes Cambridge Parade when the shops area is reached after 450m. Continue straight ahead for another 300m to the end at Esplanade. Turn left, with the entrance to Norfolk Point 150m on the right.

From Wynnum Mangrove Walk, turn left out of Elanora Park area down Granada St and follow for 650m to the end at Glenora St. Turn left, then after 50m turn right into Fox St. Follow Fox St to the end for 350m, which becomes Cusack Parade after going over a small bridge. Turn left into Agness, then after 100m turn right into Waterloo Esplanade. Follow the road along the shore, which becomes Esplanade, for 2.5km and turn left into the entrance to Norfolk Point.

Food: Yes, shops nearby across the road