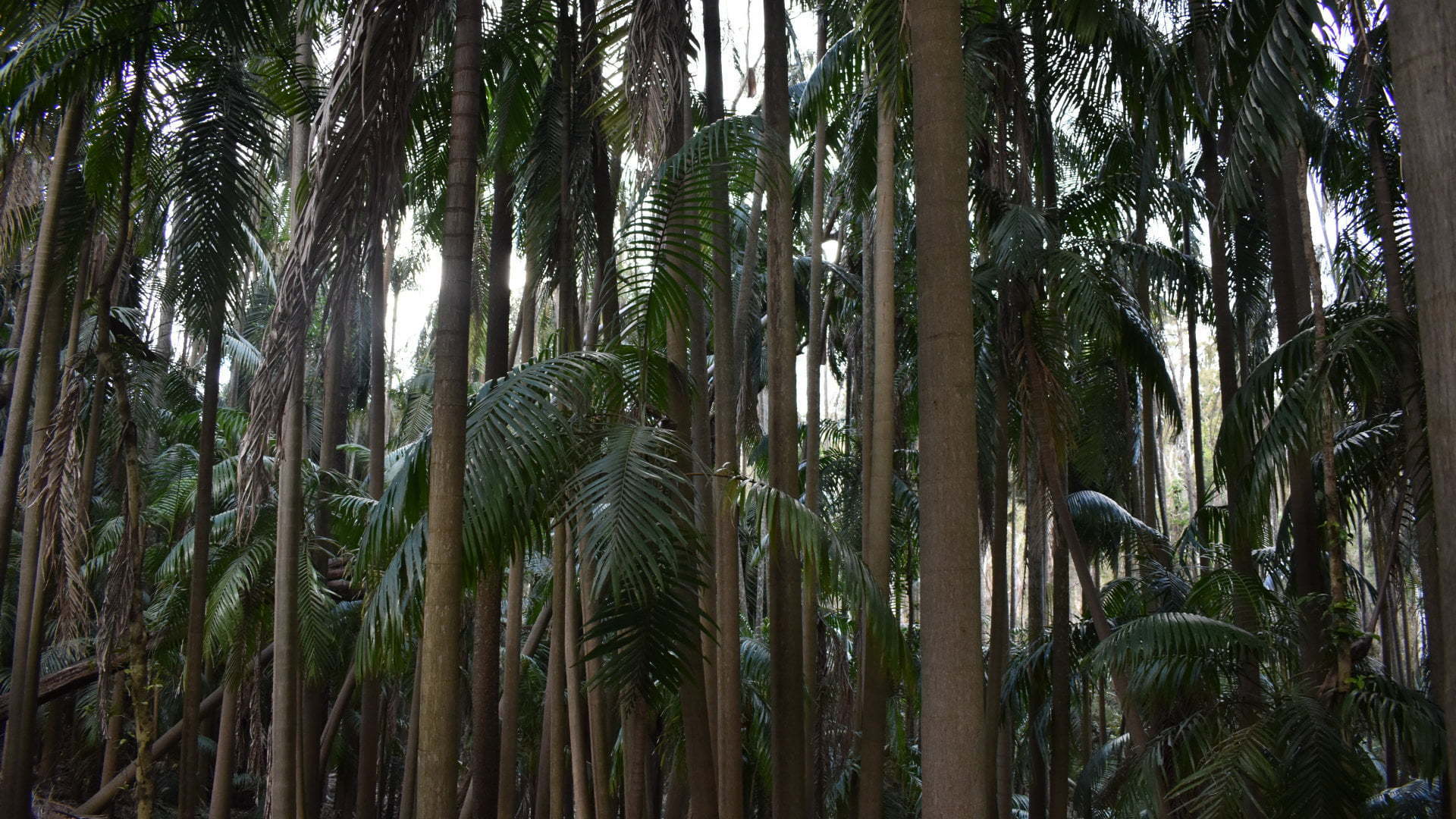 The Palms National Park, between Yarraman and Cooyar, is a small pocket remnant of the palm subtropical rainforest and vine forest in the area.

Much of the area was cleared with the arrival of the timber industry, and the forest replaced by grazing land and crops.

The national park is in a spring fed gully, with a creek running through it. Tall palms dominate the vegetation, with bunya and hoop pines, eucalypt, and fig trees interspersed through them. 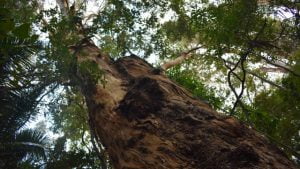 A massive grey gum over 300 years old, towers above the palms. It holds a majestic old presence amongst the rest of the rainforest, suggesting the area was less like a rainforest hundreds of years ago.

Fig vines have started growing over the grey gum, destined to become the hollow within a grander fig tree in many years time.

The walking track is easy to walk through, though it is narrow in places and the ground is very damp. Narrow boards along the trail keep you out of the boggy mud at several locations along the way.

The walk is a short 650m return, it took under 20 minutes with stopping for photos and admiring the forest along the way.

Arriving at the parking area, there is a grassed section with a picnic table. There are no other facilities. 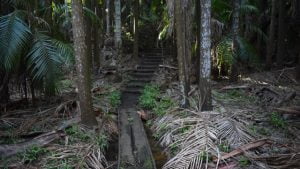 A large wooden sign for Boldery Park is at the parking area. The first 5 acres of the national park was first donated by Charles Boldery in 1927, to the Rosalie Shire Council (now part of the Toowoomba Region). It became known as Boldery Park and a popular spot for visitors.

In 1950 further parts were added from land used for other purposes, including a former timber reserve, to form The Palms National Park.

In 2008 there was another larger section of The Palms National Park added. It is a separate parcel of the land north-west from the original section, and there are no visiting facilities to it.

A flying-fox bat colony uses the park as a roosting site. They can be a bit noisy, but the roosting wasn’t right where the walking trail is when I went there, but there was evidence of heavy droppings on one part. There are 3 species of flying-fox, the black, grey-headed, and little red flying-fox.

Wheelchair accessible: No, though grass area and picnic table is accessible from parking area