Skip to content
Due to COVID-19, there have been restrictions in place preventing travel around Australia. Restrictions have greatly eased for travel, however, Brown Sign destinations may still have restricted opening hours or remain closed at this time, any opening hours shown should not be relied upon. Continue to practice social distancing and good hygiene at all times. More information

Brown signs are the brown tourist signs on the side of the Australian roadways. Following the signs lead to some wonderful and interesting tourist destinations and places of interest.

Brown signs have been found and followed in these states in Australia. 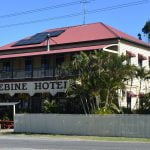 Theebine Hotel - Theebine Hotel is the original building built 1909, although it was originally known as the Kilkivan/Theebine Junction Hotel. Theebine is a small railway station town north of Gympie along the North Coast railway line. The old Kingaroy/Nanango railway line branched at Theebine with the Dickabram railway station just before the Dickabram Bridge crosses over the ... Read more 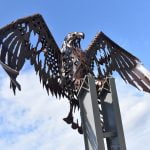 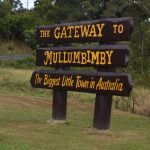 The Biggest Little Town In Australia - Mullumbimby is a quirky entry to the Big Things collection. It isn’t a thing that is big but it is a declared big thing, being the biggest little town in Australia. We were not really sure if it was meant to be a big thing. We just happened to be passing by on our way ... Read more 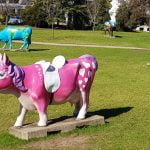 Moooving Art - Moooving Art Cows is an ever changing open air art exhibition spread out through the Shepparton region. The main location is at Monash Park, surrounded by High Street (Midland Highway), Welsford Street, and Fryers Street. There are several locations where the colourful Moooving Art bovines can be found. A few can be found at the ... Read more 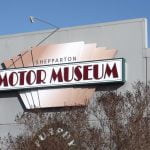 Shepparton Motor Museum - The Shepparton Motor Museum and Collectibles is an automotive enthusiast’s delight with a large collection of vehicles, including classics, muscle cars, and classic muscle cars. The motor vehicle collection starts with early examples, such as the 1912 Mors Roadster, a manufacturer that started building cars in 1896. It was absorbed into the more recognisable brand, ... Read more 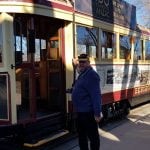 Talking Tram Tour - The vintage Talking Tram Tour is part of the Bendigo Tramways attraction, based in Australia’s oldest operating tram depot dating back to 1903. The Tramway started in Bendigo in 1890 using battery powered trams that proved unsuited to the hilly streets of Bendigo. After a few months they were shut down and eventually replaced with ... Read more 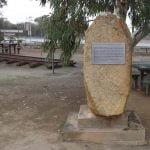 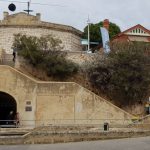 Round House - The Round House is one of several buildings on what was called Gaol Hill. The Roundhouse is the oldest public building in Western Australia, the first permanent building opening in 1831 only 18 months after the settlement. Beneath the Round House is a tunnel that was constructed to link the Bathers Beach whaling station to ... Read more 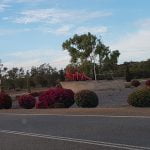