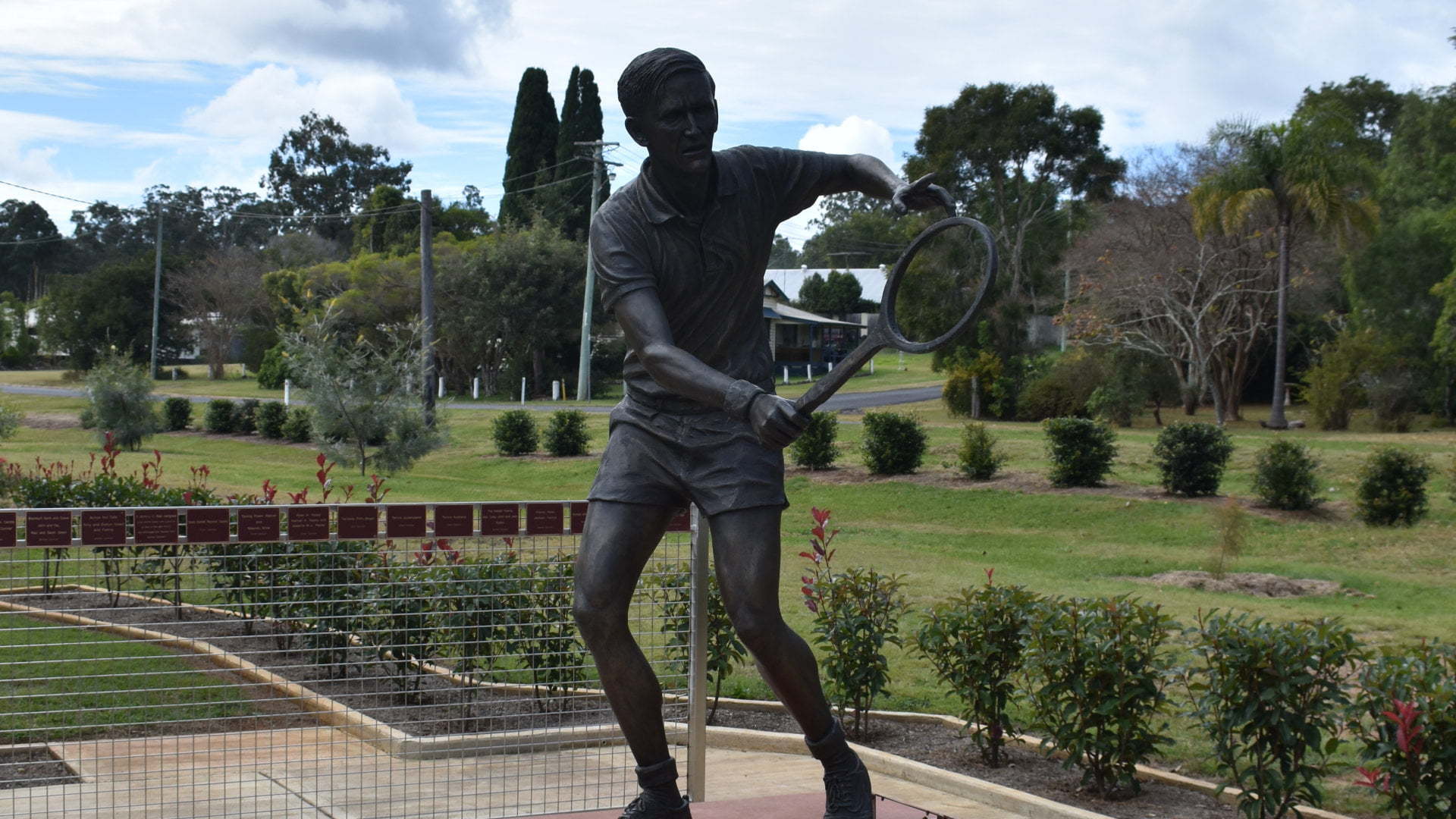 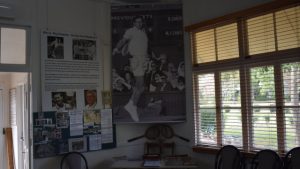 The most tennis titles, however, is held by Australian Margaret Court with 64, whom the Margaret Court Arena in Melbourne is named after. Roy Emerson has a tennis stadium in Gstaad, Switzerland named after him, the Roy Emerson Arena, where he won five times and played his last professional match.

The museum building was the original Nukku State School, gifted to the Blackbutt and District Tourism and Heritage Association in 2011. It was relocated to where the Blackbutt railhead was, next to the Brisbane Valley Rail Trail in Blackbutt.

The building became the Roy Emerson Museum. The museum contains lots of photos and articles relating to the history of Blackbutt and surrounding areas, including the history of the Nukku State School.

Roy Emerson attended the Nukku school for all of his primary schooling and side of the museum is dedicated to Roy Emerson.

In recognition of Roy Emerson’s achievements, a bronze statue was built and placed beside the museum, unveiled in 2017 by Roy himself. 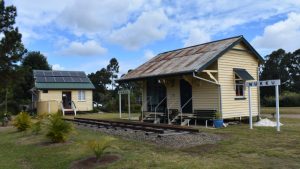 On the other side of the museum, is the Nukku railway siding, which also fits in with the theme of the Brisbane Valley Rail Trail. Some track has been laid next to the siding in hope of a carriage to be acquired and placed next to it, but this has not yet happened.

Coming into Blackbutt from the west on D’Aguilar Hwy, turn left into Muir St immediately after crossing the creek at the brown sign for the museum. After 150m, the entrance to the museum is on the opposite corner when Muir St narrows into Morris St, the same entrance for Brisbane Valley Rail Trail.

Coming into Blackbutt from the east on D’Aguilar Hwy, drive into town where the road becomes divided. After 250m, turn right into Muir St at the brown sign for the museum, before crossing over the creek. After 150m, the entrance to the museum is on the opposite corner when Muir St narrows into Morris St, the same entrance for Brisbane Valley Rail Trail.

Seating: Yes, seats inside the museum

Water: Yes, next to the skate park