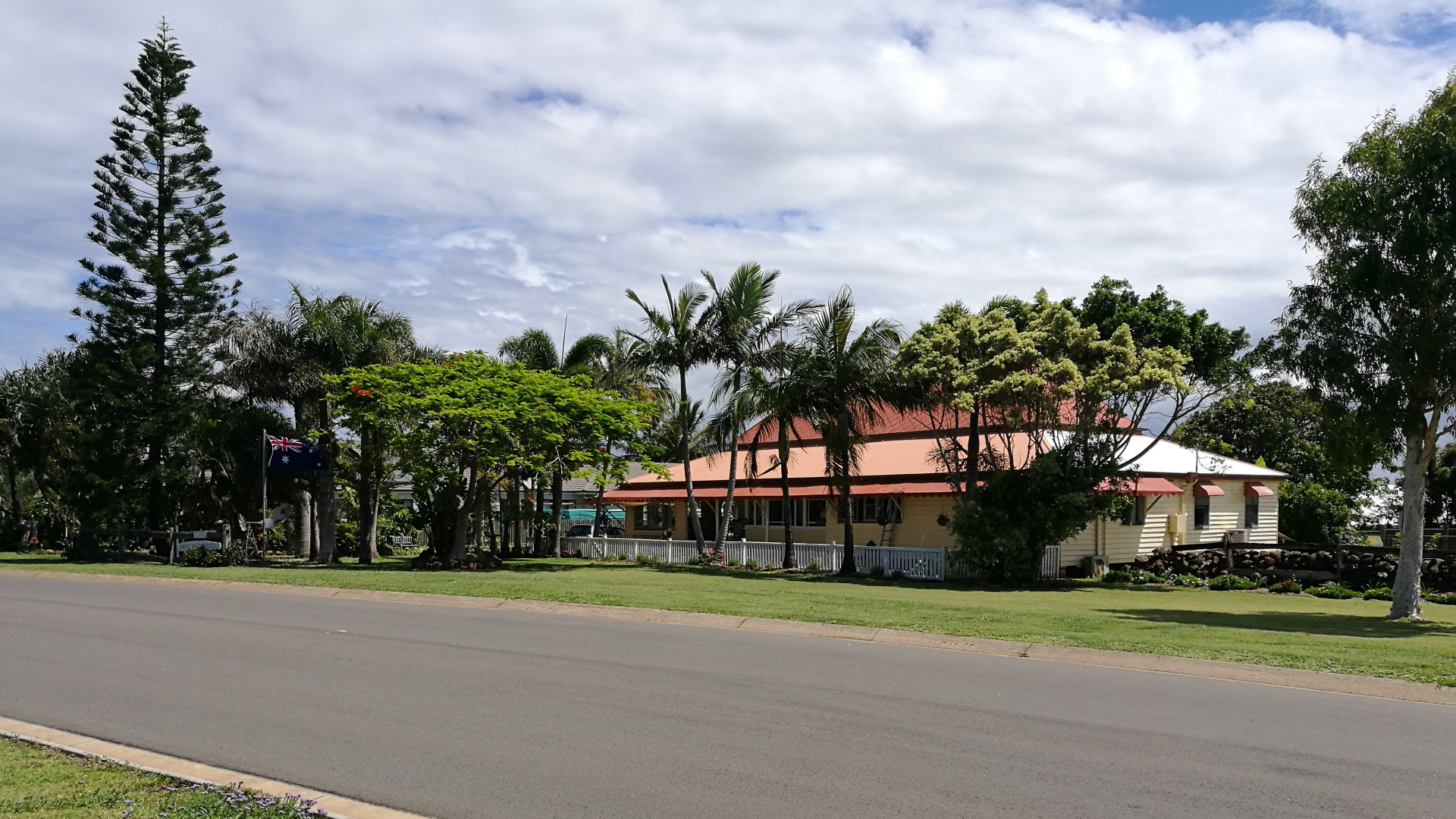 Barolin Homestead was originally built by Nugent Wade Brown in 1875, named after the area. Barolin was first named Borolin, an aboriginal word meaning ‘land of the Kangaroo’. It was bought by Sidney North Innes in 1912, and being in disrepair was shortly rebuilt, which is what can be seen today. The Innes family subdivided Barolin Station, the beginnings of the seaside town of Innes Park.

The rock wall on the side of the house is believed to have been built by South Sea Islanders, being widely used for cheap labour at the time.

Barolin Homestead is not open to the public. Across the road is a grassed park area where you can stop and look at the house from. There is a small brown sign “Historic Site” facing towards the road, it can be easily missed if you are not keeping an eye out for it.

An information board is in the park, with four audio information played when you press a button. The memoirs from explorer Nugent Wade Brown, a description of the 12,000 acre property from 1882, how the auctioneer described the same in 1884, and about the life of Sidney North Innes.

Barolin House was bought by the Young family of the Fairmead Sugar Mill, who built Fairymead House

If you are coming from Innes Park, turn into Barolin Esplanade off of Innes Park Rd. Continue along for around 1.5kms, and the parking area will be on the left.

, continue north up the hill along Barolin Esplanade, and the parking area will be on the right when it flattens out.