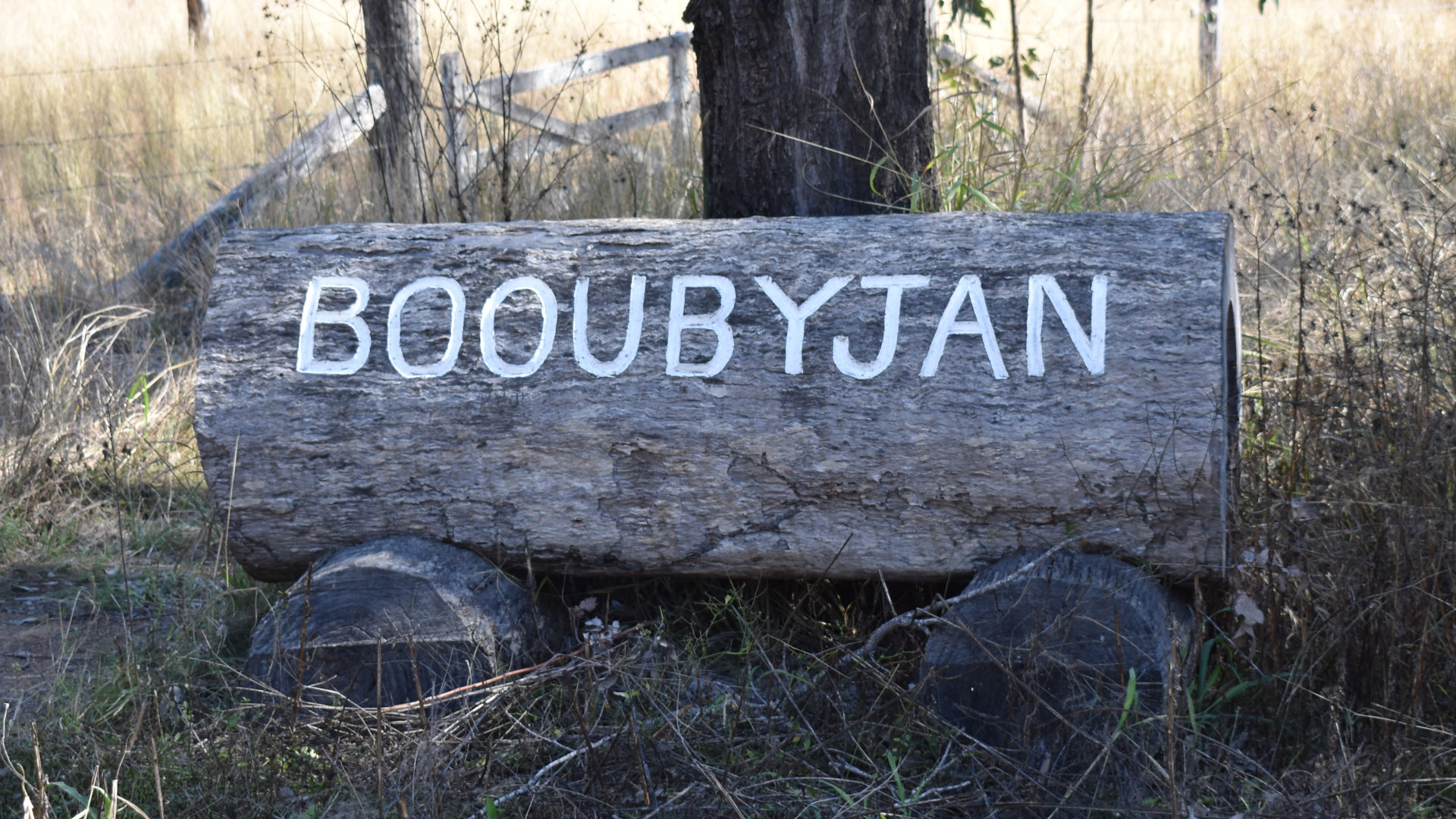 The historic homestead of Booubyjan Station is in the Gympie Region along the Burnett Hwy between Goomeri and Gayndah. The heritage listed homestead was built around the 1860s and 1870s.

Unfortunately, Booubyjan is currently closed for public access because of the costs to operate it for visitors with the financial impacts of the drought. The owners may open it again in the future and are considering having open days.

The following information is provided by a plaque outside the entrance of Booubyjan.

Booubyjan Station, originally 281 square miles, is one of the earliest pastoral leases in Queensland. Clement and Paul Lawless took up the run in 1847 and the Lawless family built a complex of timber structures on the property over many years. Clement and Paul had migrated from Country Cork, Ireland in 1840 and came to Booubyjan, named after a nearby large rock landmark, from Nindooimba’ at Beaudesert when they were looking for larger sheep runs in the north.

Prior to 1850, the situation of leases was tenuous due to squatting regulations which required surveying of the leases before they were granted. In 1850 the Lawless brothers had 3 runs, Booubyjan, Boonimba and Windera. Booubyjan has been passed down through the generations. 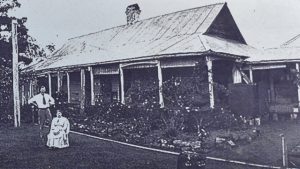 The buildings on the property vary in age. The oldest building is the central one just known as the Main Building, but the Dining Room, originally the Nursery (built in 1860), looks the most unchanged. The Queensland Women’s Historical Society placed their first ‘blue plaque’ on the building in 1960 o celebrate its centenary. A photograph from the 1870s shows two of the buildings, the ‘Homestead’ and the ‘Cottage’, which date from that era or slightly before. Other early photographs show changes to the complex, with buildings being added, taken away or slightly relocated. In 1928 photographs from ‘The Queenslander’ newspaper show the unchanged state of the buildings, including some interiors with original early furniture and fixtures.

Access to Booubyjan is currently closed. You can only go to the entrance where the plaque exists. The homestead is not viewable from the entrance.

From Goomeri, head north along the Burnett Hwy. After 30.4km, turn right into Booubyjan Rd with the brown sign for Historic House. Follow Booubyjan Rd for 500m and the entrance to Booubyjan is on the left.

From Ban Ban Springs, south of Gayndah, head south along the Burnett Hwy. After 42.8km, turn left into Booubyjan Rd with the brown sign for Historic House. Follow Booubyjan Rd for 500m and the entrance to Booubyjan is on the left.