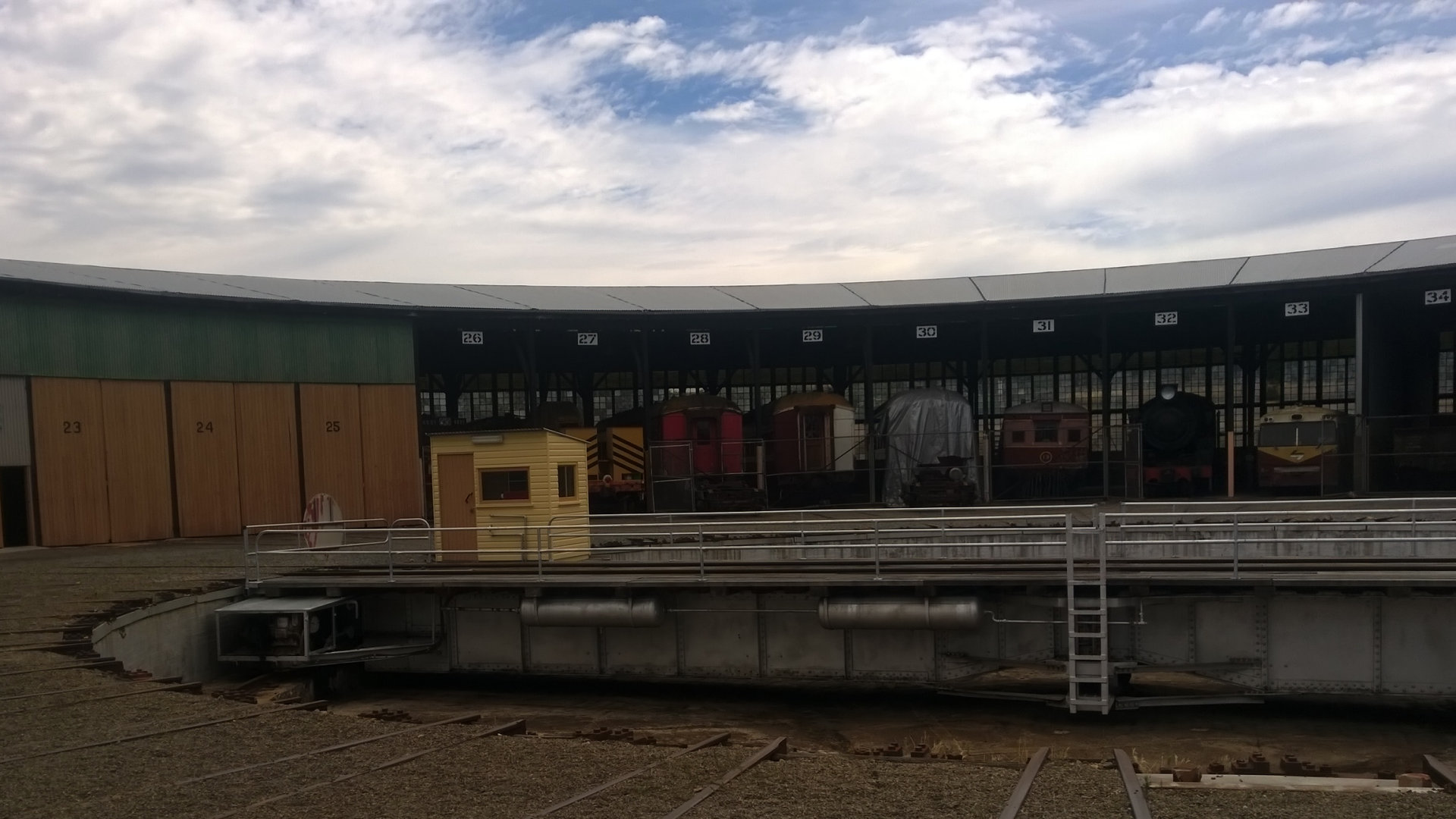 The railway between Sydney and Goulburn was the first conceived steam railway in Australia, with the line opening in 1869. William Bradley, the founding director of the Sydney Railway Company who built the line, was also the founder of the Goulburn Brewery. 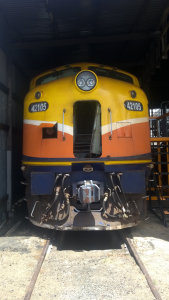 The Goulburn Rail Heritage Centre is just out of town heading towards Braidwood. It takes up a lot of land space, which is expected with the size of the locomotives and carriages it has in its collection. At the centre is a working roundhouse, surrounded by a collection of locomotive history. Private locomotives and carriages are also stored here, with some being restored. A steam engine was in for repairs after poor quality coal had been used in its boiler and melted some of its components.

On first entering, there are a number of pieces to look at under the large sheds, ranging from steam engines to diesel locomotives. They are on pitted rails, so some of them you can get underneath and have a look at, others you can climb into the cabins, or walk along elevated platforms to look closer along them. Covers on one of the diesel engines were open and you can see the huge crankshaft of the massive engine. 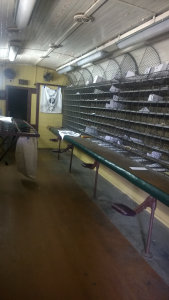 There is a mail carriage used by Australia Post, where mail would be picked up at the station as the train went through, and busy mail clerks sorted the mail along the way. Swing out stools come out from under the desks so they were not on their feet all day. Another old carriage has the old berths with doors to enter them from the corridor along the carriage. The seat coverings reminded me of the old brown seats in Sydney’s old electric trains, the red rattlers.

Moving out from the shed you come to the roundhouse turntable. It is a 90-foot (over 27 metres) electrically operated turntable. There are a number of trains and carriages to look at. On the other side of the turntable are locomotives undergoing restoration.

Turn into Braidwood Road at the brown sign, from Sloane St in town. The Rail Heritage Museum is 1.3kms on the right.

Seating: No, maybe on some of the carriages