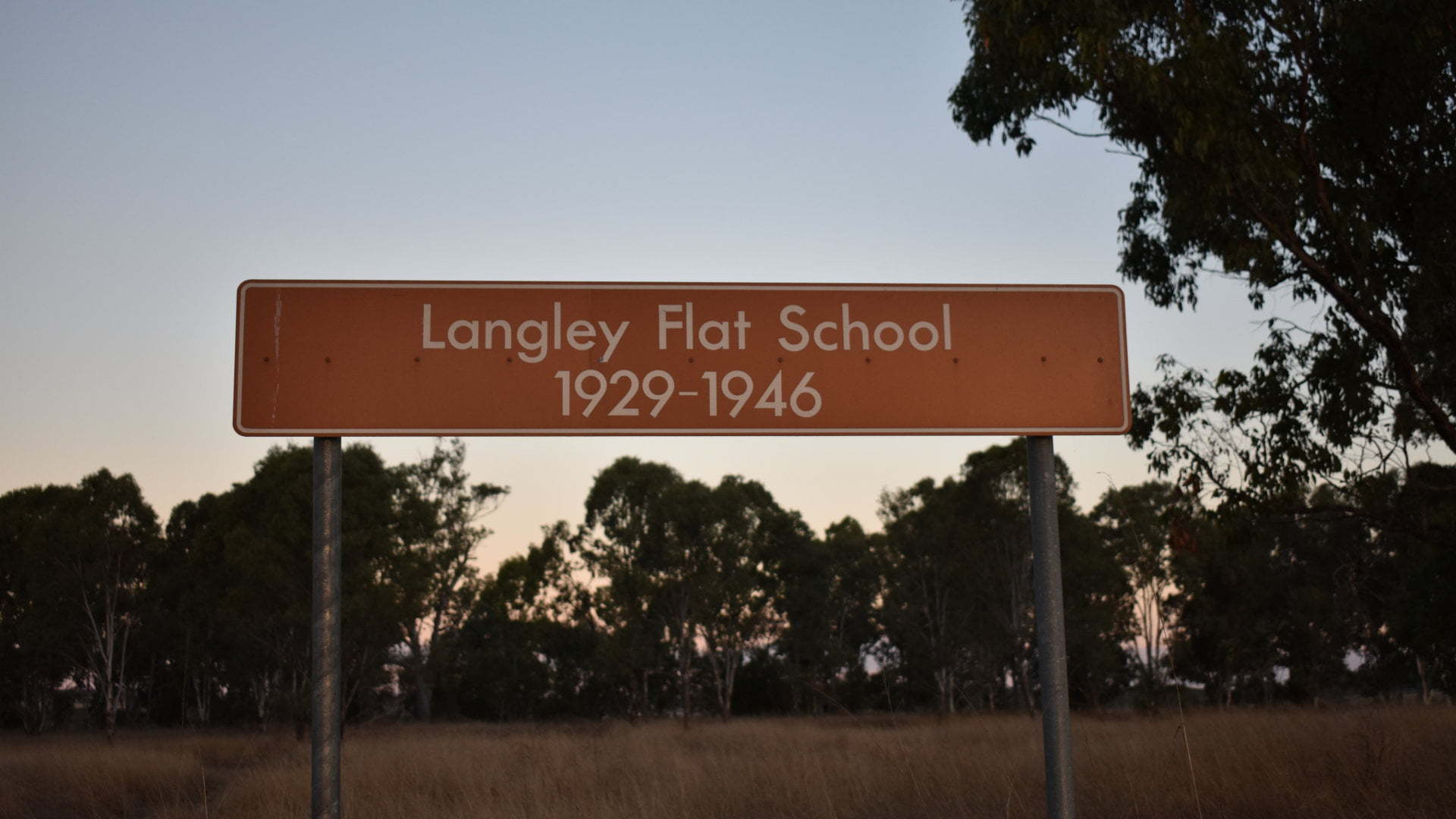 The brown sign for Langley Flat School 1929-1946 is in a field on the side of Burnett Hwy near Monto-Mount Perry Rd. The school was opened and closed several times under various names.

The school first opened as Springfield State School in November 1911, closing 10 years later in December 1921. It opened for a short period between July and December in 1922 to support Jimbour State School. 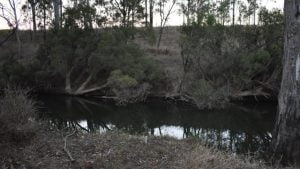 Langley Flat Provisional School reopened full-time in 1927 for two years. In 1929, the starting year displayed on the brown sign, it was renamed to Langley Flat State School. Again the school closed in August 1931 due to low attendance.

Interestingly, there is another location nearby for Langley Flat Provisional School 1927-1928

. The school must have been relocated at the same time as the name change. Whether the school was at another location when it first opened in 1911 isn’t known, but it would be great to find if there is another sign somewhere for the earlier years.

In 1933 the school reopened with a new name, as Bornel State School. It was renamed back to Langley Flat State School in 1936 and continued to operate through to the end of 1946 when it was permanently closed in January 1947.

There isn’t much to see, in fact, we couldn’t find anything to see. The field was overgrown with tall grass other than a couple of sections that had been mown for camping or a campfire that looked recent (July 2018). On the other side of the field on the right is a track leading down to the creek.

, a few kilometres west of the Langley Flat brown signs.

From Eidsvold, head north along Burnett Hwy. The brown sign Langley Flat School will be on the right after about 37.5km, approximately 150m before reaching Monto-Mount Perry Rd.

From Mulgildie (south of Monto), head south along Burnett Hwy. The brown sign Langley Flat School will be on the left after about 22km, approximately 150m after passing Monto-Mount Perry Rd.

Wheelchair accessible: No, although the location is viewable from the side of the road