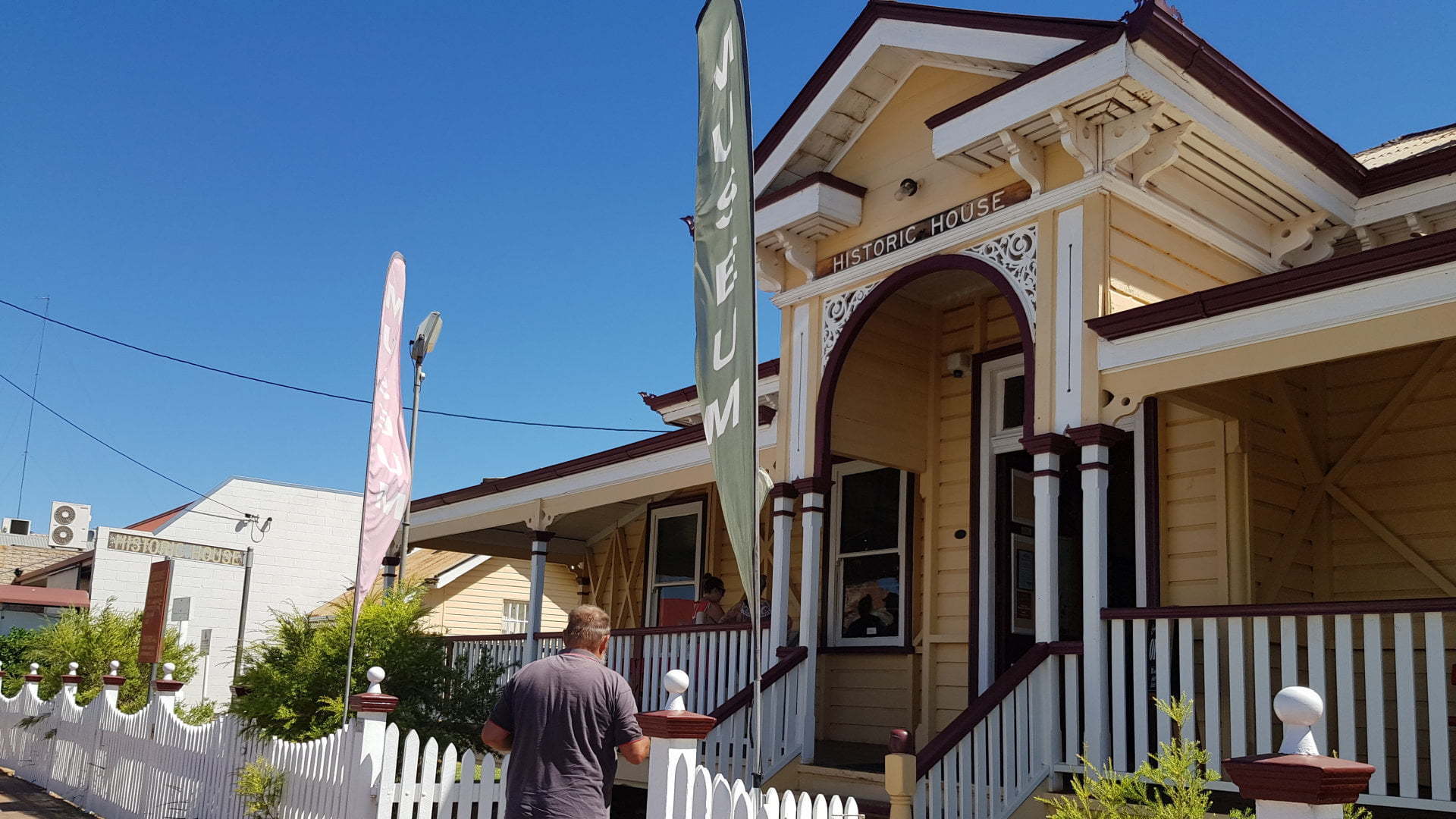 On Alfred Street in Charleville, the Historic House was the chambers and manager’s residence of the Queensland National Bank. Today it is a museum, showcasing a collection of items relating to the original period, both inside the house and outside.

The oldest building still on its original site in Alfred Street, the Historic House served as the bank’s chambers for 53 years from 1889, after the bank established a branch in Charleville in 1881.

The house for a time was a boarding house and owned as a private residence. It is now owned by the Charleville and District Historical Society, purchased by a group of residents in Charleville in 1973. 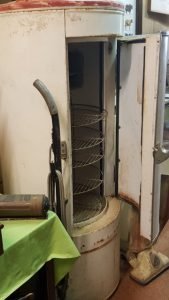 Inside the house has collections of items of various types. A good collection of old wall phones and early desk phones still with the rotating handle to ring the exchange to connect your call. A couple of exchange benches sit next to them.

An odd looking round item caught our attention, looking closer appeared to be a round shaped fridge, with Rotafrig on the front of it. It had shelves that rotated inside the fridge.  We had never seen a round fridge before.

There is no information about it at Heritage House, but we later found out Brent had found another Rotafrig in a museum in Murgon

, and only 30 or so were made by a Queensland company. Another Rotafrig can be found in Centenary Cottage Museum in Tenterfield

Outside had larger items, with various farming equipment, horse-drawn wagons, and vehicles, and a Furphy’s water cart we have spotted at a few places.

The vehicle we found most intriguing was the Charleville Rail Ambulance. During wet weather in remote towns, the roads became impassible for a normal ambulance to travel. It was after a fatality in Quilpie in the 1920s a doctor requested the purchase of a rail motor ambulance.

The rail motor ambulance was used until the 1950s. It was on display in Ipswich at a service station at one point and purchased by Charleville Historical Society from a museum in Bli Bli at the Sunshine Coast in the 1990s.

Coming into Charleville from the south along Mitchell Hwy, after crossing the railway line continue for 700m and turn right into Alfred St. Follow Alfred St for 400m, and Historic House is on the left.

Coming into Charleville from the east along Warrego Hwy, follow until reaching the intersection for the Mitchell Hwy and turn right. After 650m turn right into Alfred St. Follow Alfred St for 400m, and Historic House is on the left.

Coming into Charleville from the north along Mitchell Hwy, after crossing the bridge continue for 150m and turn left into Alfred St. Follow Alfred St for 400m, and Historic House is on the left.

Coming into Charleville from the west along Diamantina Developmental Rd, turn right at the end onto Mitchell Hwy. After 650m turn left into Alfred St. Follow Alfred St for 400m, and Historic House is on the left.