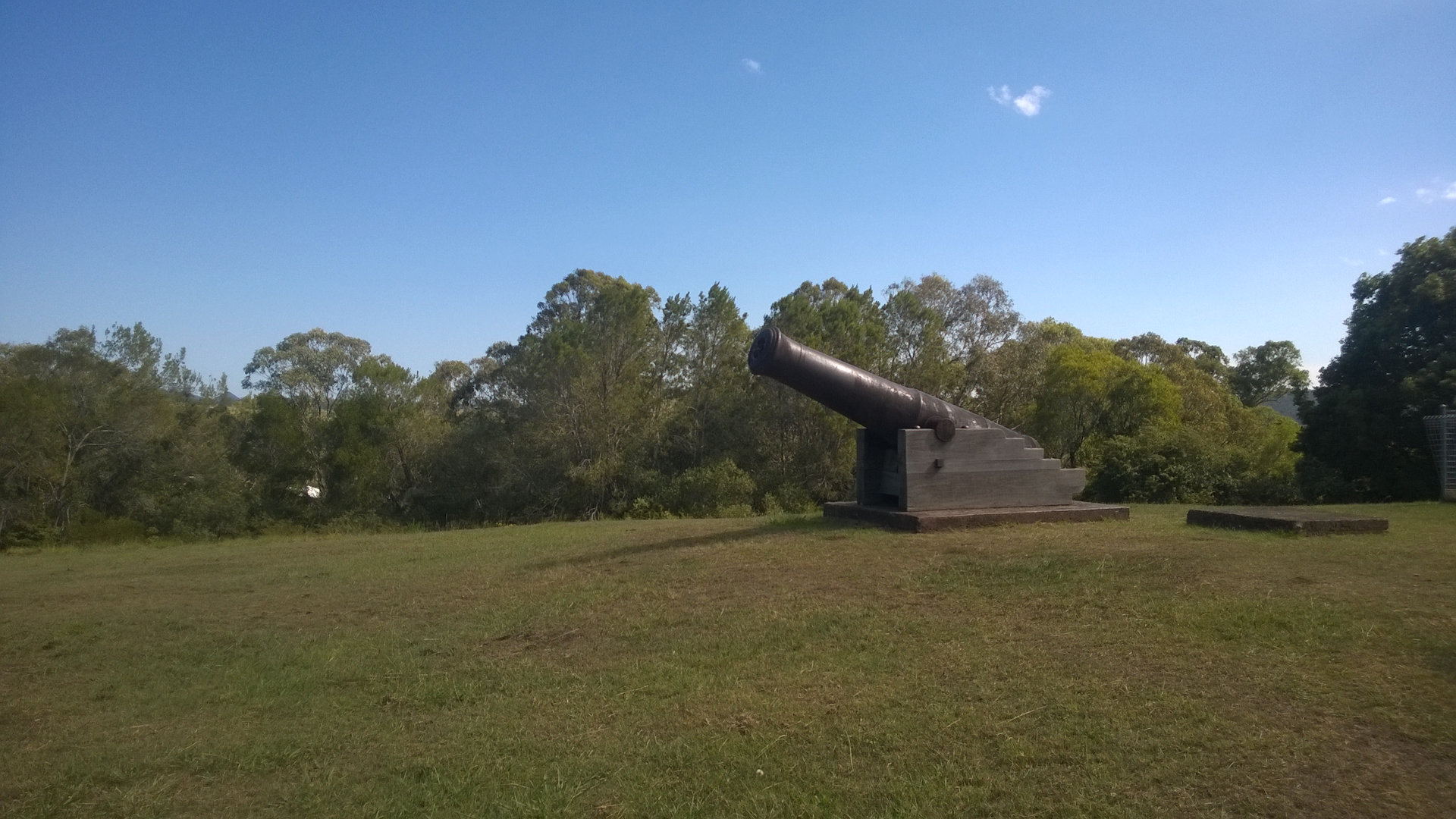 This may be a bit of a cheat, as it isn’t a road authority tourist sign. There is a sign, it is brown with white lettering, and it is interesting so it’s made it in here – as a brown sign!

Silo Hill in Stroud is along the Thunderbolt Way. Silo Hill contains 8 underground grain silos in a hill looking over the Stroud township. The silos were built under the direction of Captain Phillip P. King for Australian Agricultural Company in 1841, able to store 10,000 bushels of grain (approx. 272 tonnes). Constructed from handmade bricks of local clay in a bottle shape with an entry hole at the top, the silos were successful in resisting attacks on the grain from weevil and fly moth. The silos originally had a roof over them to keep the weather out.

Most of the silos are now covered up with a concrete cover. One of them has a metal grate over it with a metal ladder leading down into it. I believe you used to be able to climb down (maybe with a guide), but this is no longer available due to safety issues. You can’t see much of it as it is basically looking into a black hole, and the bottle shape ensures you can’t see the brick walls.

There are 2 cannons perched on the hill. These were originally on Bear Island in La Parouse for defence. They were later moved north for defences during the Crimean War until they became obsolete in 1909 and moved to Stroud.

Looking down the hill, the Stroud Common can be seen. The 31 acres were dedicated to the people of Stroud by the Australian Agricultural Company in 1905 for the health, enjoyment and rational recreation of the community. It is still administered by a Trust consisting of elected members of the local community.

Silo Hill is at the end of Broadway Street in Stroud, New South Wales. It is at the juncture of Cowper and Berkeley Streets, which are the town streets of Thunderbolts Way.